Another Night of Grazing 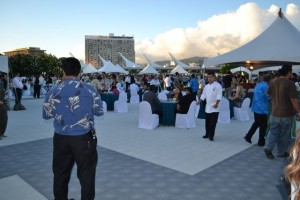 third night of the Hawaii Food and Wine Festival and unlike all the others over the past three years, it was not held in or on the grounds of a hotel.  Tonight a couple dozen chefs along with close to 20 winemakers and a dozen cocktail makers were assembled on the roof of the Hawaii Convention Center.

It turned out to be an ideal venue in many ways; breezy on a hot day, cooling as the sun set, lots of cooking kitchens for the chefs and not overcrowded. 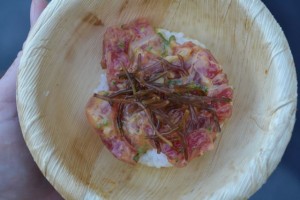 It was an upmarket crowd.  No one got rowdy, all cores had paid a couple hundred dollars to graze and they were well-behanved but ready to foodie out.  I had about 20 dishes as small samples, the 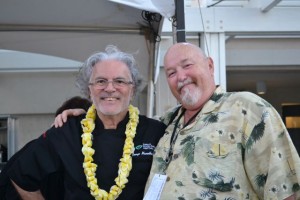 last being an ahi dish by my dear friend Chef Mavro who hosted Tetsuya this evening for a quiet yet spectacular dinner at his restaurant.  As Always, George was on on top of his game as unarguably the best restaurantuer on the islands.  His fresh ahi tuna chunks with transparent noodles and aleppo pepper was a knockout. 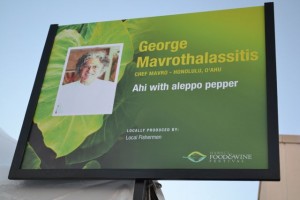 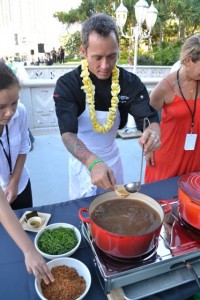 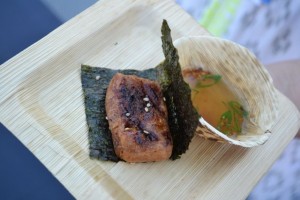 Next knockout punch was from Ed Kenney from Town where I’d eaten three times this trip.  Though his restaurant is not a fine dine experience, it is an essential feed in Kaimuki where he does wondrous things with pork and fish.

In this concoction, he paired barbecued taro with seaweed and a kukui nut soup which was so delicate as to defy belief. 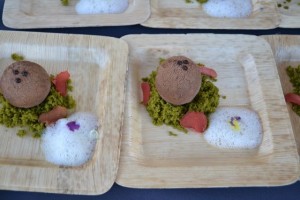 The absolutely best dessert was made by Halekulani pastry chef Mark Freischman who created 1100 small faux coconuts coated in chocolate that had an inside gooey center and also sat on a sponge ‘grass’.  I almost had another one but had to keep my diabetes in check even though it was only mildly sweet.  It was the only regret I had especially since it had a delightful foam on the side as if the coconut had been washed up on the beach. 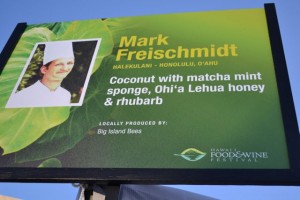 Time for a cocktail and a burp before continuing with more primo platters.