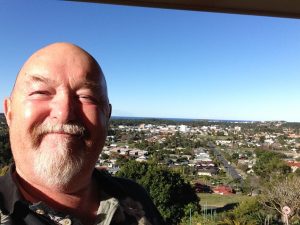 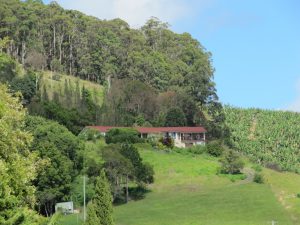 There’s something to be said about returning to sleep in your own bed again.  I recently spent seven weeks travelling the US–Hawaii and New England with a little Montreal thrown in–during the depth of the Australian winter. Coming back to a fluffy goose down doona and a down pillow-fort high on The Hill overlooking the Tasman was a relief even if it still was the tail end of winter. 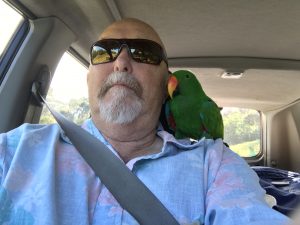 Jackson went into Parrot Winter Camp in Bonongil Queensland on the Gold Coast while I flew out of Brisbane to accomplish three things.  Do the last 10% of the book’s research which hinged on the second murder in my life which was the beating of Arnie Naiditch to death by his wife and her lover who then engineered an elaborate frame that only collapsed one day before I was to be arrested by Atlanta Homicide detectives.   For that project, I have switched off Facebook to eliminate distractions, killed my Twitter feed permanently, abandoned Instagram and will only be mildly active on this blog.  So email me in a few weeks as I get ready another chapter in the tale. 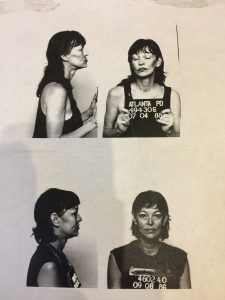 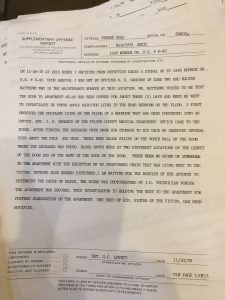 The second part was taking part in the 50th reunion of my class of 1968 in Norway South Paris Maine for Oxford Hills High School.  I discovered that half the class had died but the ones who had survived often struggled with health issues in Trump land and many had never made it out of town, certainly not to Australia as I had.  Back in 1968, I was voted the classmate most likely not to make it to 21.  I was the least popular member of my graduating class then and I pretty much disappeared for decades, only to be revived in rumours.  So it was quite surprising for me to show up dressed in board shorts, Hawaiian shirts (two nights of festivities) exotic BucketFeet print sneakers, a white Panama hat and surprisingly sober. 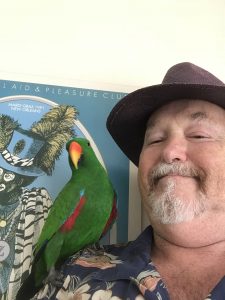 And finally just a road trip from New York to Cape Cod, the rocky coast of Maine, White Mountains of New Hampshire and Green Mountains of Vermont as well as the Catskills and Saratoga New York’s spas before hanging in NYC and spending a few weeks in Hawaii.  It was a magic time and my health held up with no illness, trouble walking or cardiac twinges.  Which is gratifying if you are older and have suffered a few major coronary incidents that might make you afraid or restricted from travelling.

Also, I got to see a few bands in an incredible venue–the indoor outdoor amphitheatre that is the Saratoga Performing Arts Centre as well as seeing my dear friend of 40 some years, little Brian Bisesi who was a guitarist with Muddy Waters when I was touring the Jazzfest circuit.  He and I had played Saratoga in 1978 with the addition of Johnny Winter mounting the stage on a horse playing guitar as he also did the night before at Radio City Music Hall.  We did kill some pinots over the weekend.  Especially here at The Batchellor where we drank fine British Columbia at the century old Batchellor Mansion. 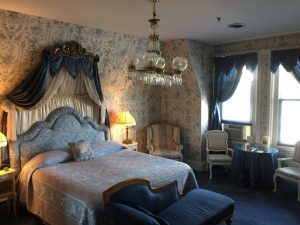 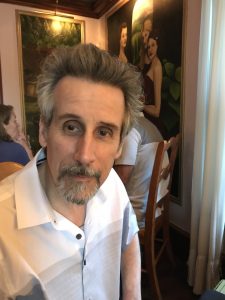 First show was The Doobie Brothers and Steely Dan, both bands on point and providing spectacular sets.  Bill Payne of Little Feat also played with Steely dan which was the foreboding of a special one off New York concert that ended my trip. 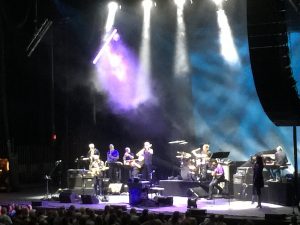 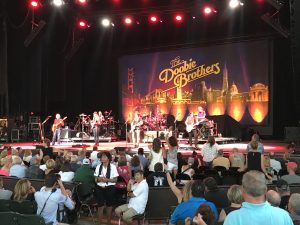 The second concert was two days later which was Tedeschi Trucks Band and The Drive By Truckers who brought back the real feel of Redneck Rock and Texas Twang.  Both concerts were in 100 degree heat but the cooling breezes through the covered seats (I was tenth row) brought the heat level down just enough. 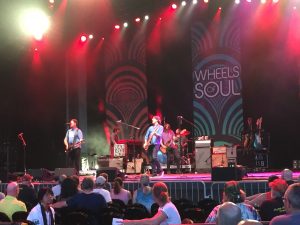 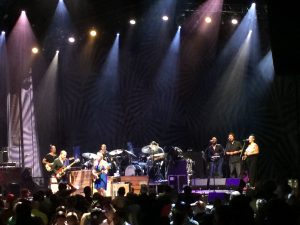 I didn’t know until my last week that Little Feat with mostly the original players was to do a one night stand at the St George Theatre in Staten Island, an ornate palace that was the perfect setting for a wild night of music. 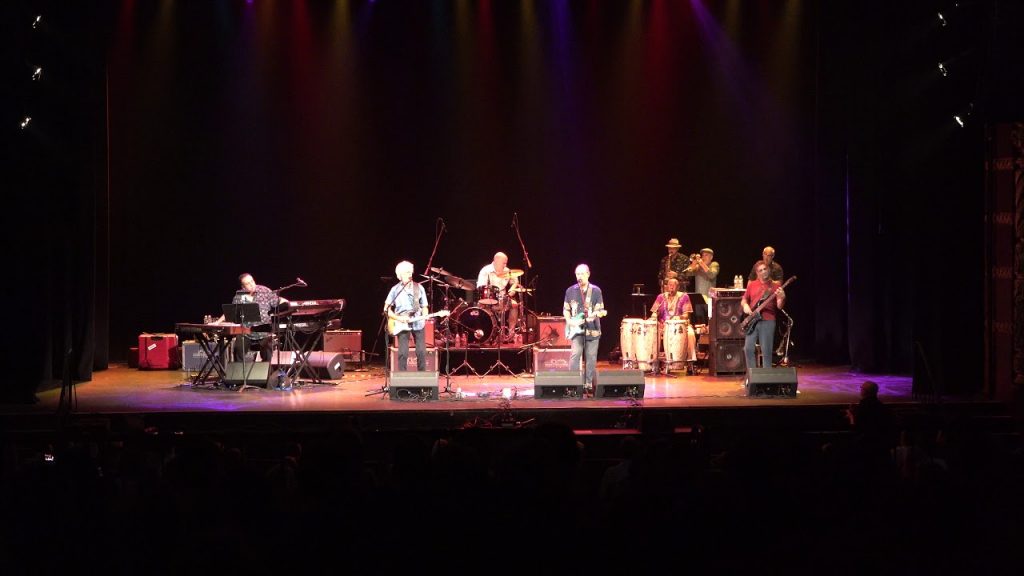 All I had to do was go into New York City a day early and bed down in a cool new hotel in Chinatown of Brooklyn and I snagged a fourth row aisle seat which was the perfect audio and visual position.  I loved it so much that I vowed to see the band again and sure enough that came about as if by magic.

Then back to Hawaii non-stop from New York where I settled into Kona on the Big Island in my dear friends’ Ann and Norm Goody’s apartment right on the ocean. 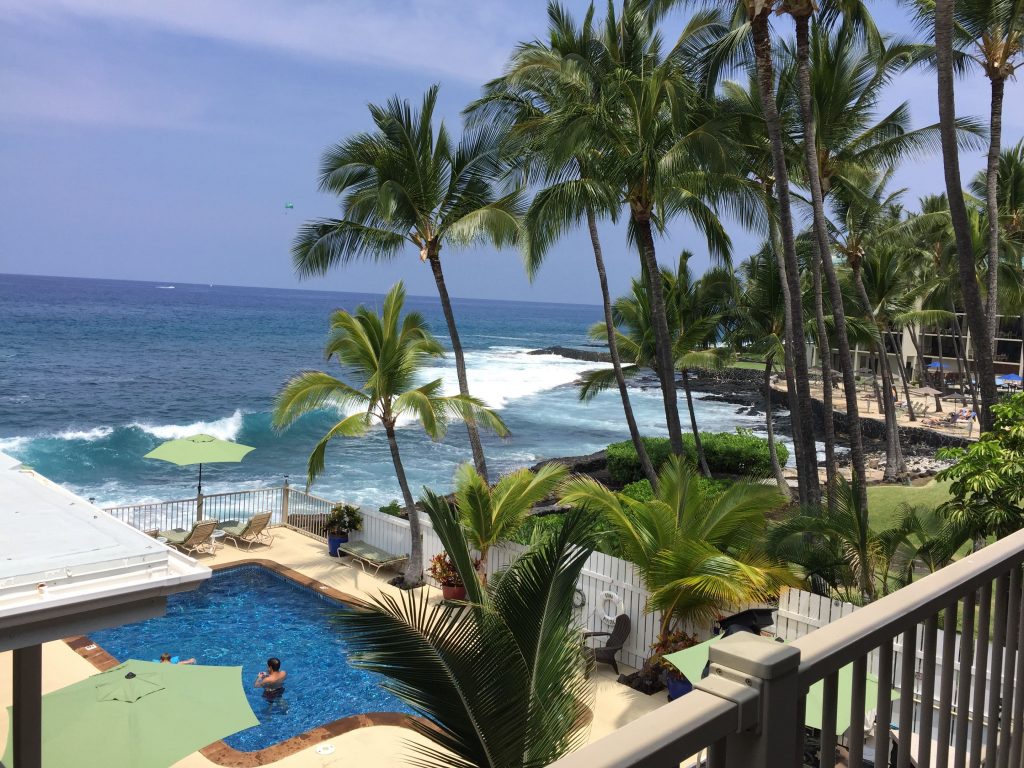 I had to see the volcano pumping a hundred miles away in Puna but from the safety of an air-conditioned Blue Hawaiian helicopter that circled the entire island before hovering over the two mile wide river of hot red and yellow lava flowing at 55 miles per hour covering over 700 buildings in its swath. 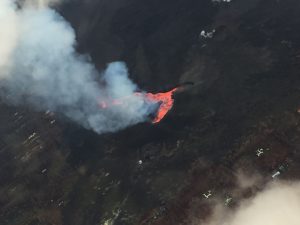 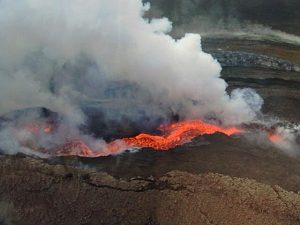 Contrast that with lush valleys on the North side covered in mist from 700 foot long strings of waterfall pearls and the trip was complete. 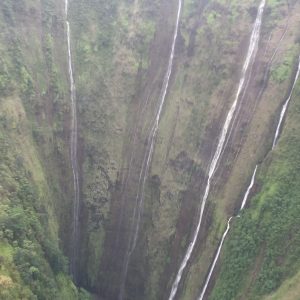 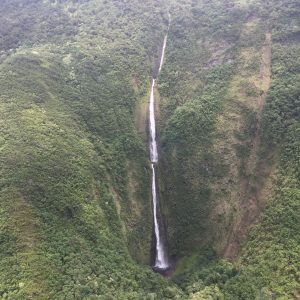 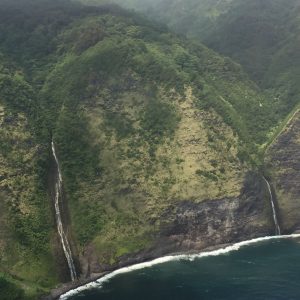 Except of course for getting 20 pounds of Kona and Molokai coffee from my favourite farmers, including Jesse Colin Young. 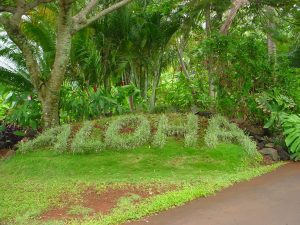 I’m heading to the US in February to take a week on The Blues Trail going up the Mississippi to Memphis and then back to celebrate a week of the less-liquored part of Mardi Gras in The City That Care Forgot, leaving the Saturday before Fat Tuesday to enjoy a toyally different version of Mardi Gras over the weekend in Eunice LA and then on to Austin for a couple of weeks of South by Southwest.

From there it’s jetting off to Miami and Key West and onward to Montego Bay Jamaica for a three day festival with Little Feat, Lucinda Williams and ANders Osborne followed by a fortnight in Hawaii if I can fit it in and back to Brisbane.  You gotta keep moving.

I resume finishing the writing of the book “What a Long Strange Tripp It’s Been” and editing down the 120,000 words it will comprise in a rivetting memoir of drug smuggling, bootlegging Coors Beer, half my career in the music business with the tale topped and tailed by two murders.  One of which I unfortunately committed in 1970 out of self defence and the latter nine years later for which I was framed which had a lot to do with my leaving the US for Australia.  Needless to say when I sailed away to the land of Oz, most of my friends thought I was fleeing because I had done it!

But no, here I am at 67 now, like the pirate with the parrot on his shoulder looking back 50 some odd years.  I’m looking forward to finishing the book, getting it made into a film and continuing my travels til the clock winds down. 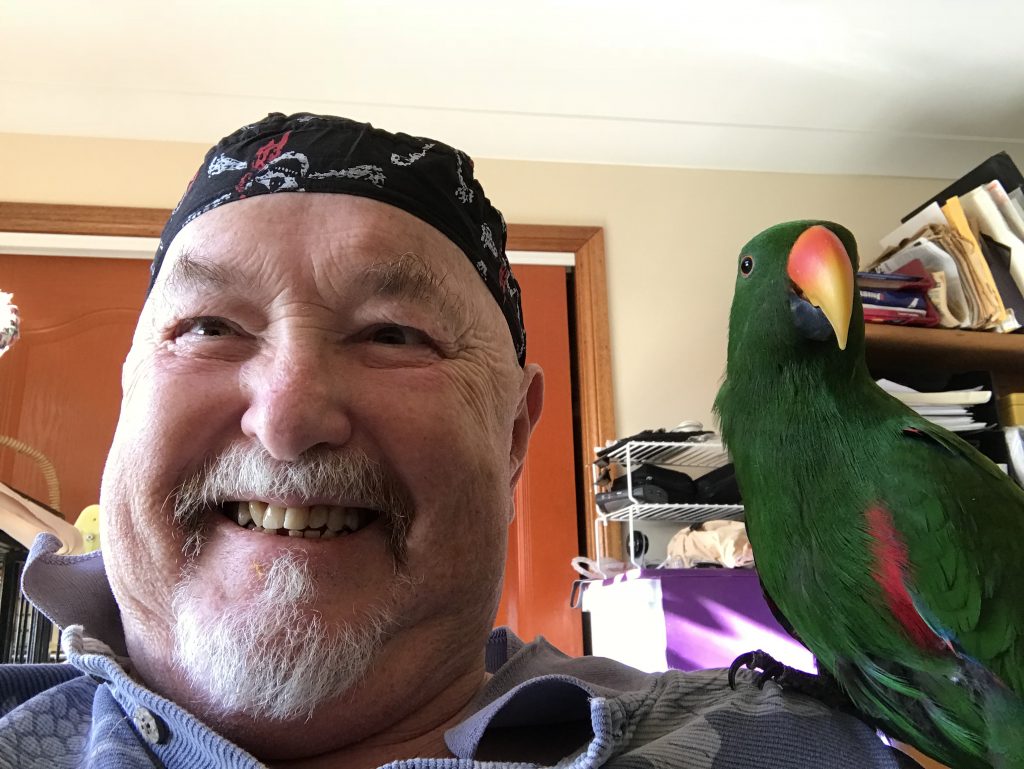 Posted on 5 September 2018 by Phil in Uncategorized

← Popping Up In The Hometown
CRITTERS ON THE HILL! →