Anyone who knows me understands that coffee is one of the few vices left for me to savor–all the great ones begin with the Letter ‘C’; think about that and make a list.  Death before decaf and self-immolation before instant, but my craving is for Kona coffee as well as that from the neighboring Ka’u. 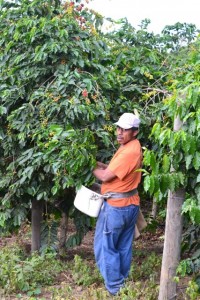 This past week, I was able to visit some of my favorite growers. 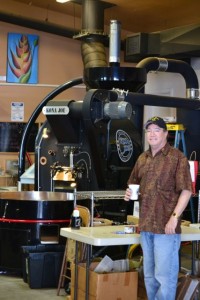 First there was Kona Joe in Kainaliuwho has trellised coffee that is irrigated and produces incredible estate bean roasts of which I fancy the lighter.  Dark roasts can hide a lot of sins but Kona is the kind of coffee that is sweet, less acidic and mellow, benefiting from a light hand in the heater.  Joe is a doctor who got the coffee bug and his wife Deepa is an exotic native so the combination is a fierce power of coffee culture. 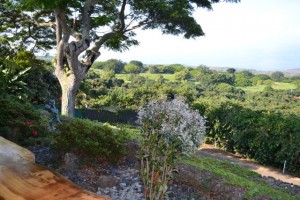 Their farm has a gorgeous lanai that overlooks rows of startlingly healthy trees bursting with red cherry and green immature beans, all being hand picked by Latin laborers who know their coffee. 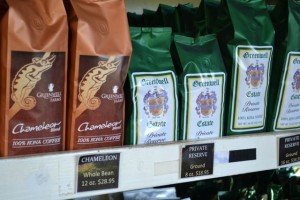 Down the highway, next to the Kona Coffee Museum is a driveway that leads to the Yoda of Kona.   Tommy Greenwell is revered among his grower contemporaries and produces superb estate single style beans as well as imaginative blends including his Chameleon which is three different roasts in one.  He’s also branched out (bad pun) into trying out vanilla growing and pepper, not the chili type, the grain sort.  While I didn’t taste these, I did linger around the pots of seven samples of coffee and countd the bills in my pocket to see what I could afford. 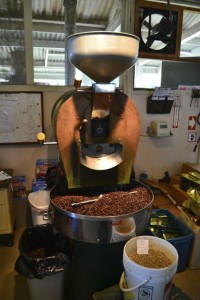 I spent the good part of an hour with Tommy, talking about the challenges facing coffee growers in this narrow volcanic band of terroir that has a strong brand but a weak

enforcement system when it comes to protecting the appelation Kona.  While only X thousand kilos are grown, at least 100 times that amount are sold as pure Kona, meaning it is being marketed as fake, and Toomy has even had his bags counterfeited and sold on

ebay with an inferior blend.  Then there is the issue of ‘Kona Blend’ or ‘Kona Style’ mixes which by law must contain no less than 10% Kona coffee, but that’s often mill ends, crap beans that have been infested with borers or just plain lousy and South American robustas instead of even Arabica. 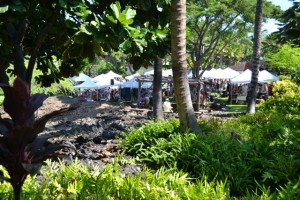 The borer beetle is taking its toll, reducing the crop by an estimated 20%.  However, there is no shortage of great little indies who market locally, maybe get a toehold on the other islands or make the rare leap to the Mainland or even Japan.  I attended a free Cream of the Crop morning event at the Four Seasons which featured about 20 of them and also stands giving away desserts–all this starting at 9am, dessert first!  Being a diabetic, I passed on the chocolates, cakes, biscuits and other sugar hits but made a point to try a range of coffees from a variety of growers, most of them real characters. 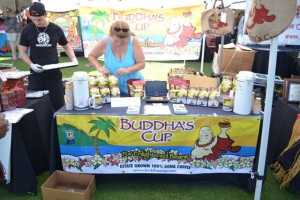 Buddha’s Cup had been hyped to me by local chef Sam Choy three times and though I missed hitting their farm, I was able to have a long chat and a few cups with the principals at their stand.  Outstanding coffee!!!  And great country people.  They won the Chef’s Coffee Estate category too.

Greenwell, which got the Gold in the People’s Choice Open category, was there and probably the busiest stand with Mountain Thunder not far behind in the crowded table stakes and coming in second in the Estate votes.  Two hits in those categories were Blue Moon and Wailele Estate with Heavenly Hawaiian Farms also ranking high.   Up to that point, I’d not tried them but will be coming back.  Also notable were Malia Ohana, Grandma’s and Bebo’s. 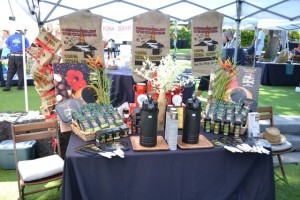 All up. I came away with the allotted ten pounds of coffee with another ten to go from visits to other islands or being shipped to me to my last hotel in Oahu.  I only wish I was able to be here for the Kona Coffee Cultural Festival (www.konacoffeefest.com/) which is held in its 43rd year November 1-10.  Parades, cuppings, competitions, the crowning of Miss Kona Coffee, music and more celebrations are worth marking in your calendar.  At least I know I have 20 pounds for the freezer to last until my return.