MiGrant Makes for a Magic Meal on Maui 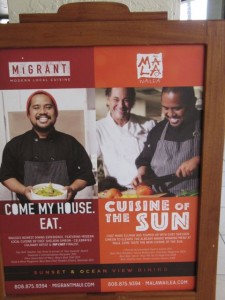 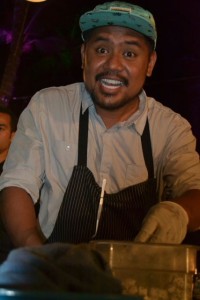 I was ready for a solo meal in supercharged Chef Sheldon’s MiGrant restaurant but I got an email from old mate Shep Gordon who is the unofficial Mayor of Maui and one of the leading Princes in the Music Industry of Old.  I was told to show up at six for a meal with him and  ‘a couple of chefs’ who turned out to be veterans of Iron Chef and Top Chef TV reality programs Spike Mendelsohn and Marcel Vigneron.  Both of them are cooking at the Hawaii Food and Wine Festival and are terrific characters. 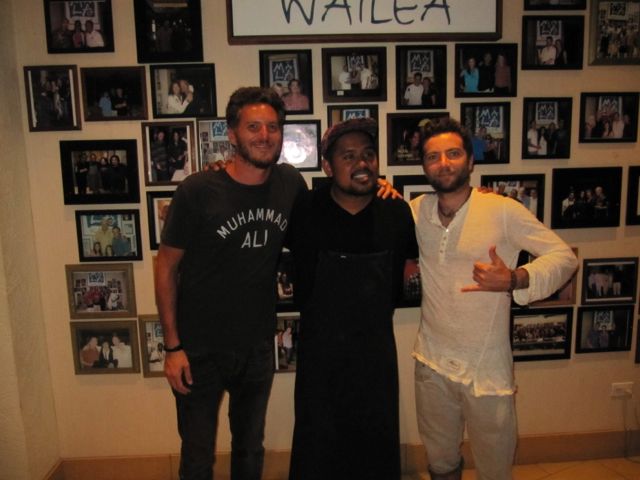 No one can match Shep as a raconteur whether it’s the decades of managing contemporary music artists like Alice Cooper, Todd Rundgren, Blondie, Anne Murray or Luther Vandross or turning chefs into new age rock stars as documented in this article in the New York Times a few months ago.  Shep has been a talent manager, Hollywood film agent and a film producer  (Kiss of the Spider Woman, The Duelists).  I first encountered him in the mid-70s in Atlanta and have been lucky to keep bumping into this genius as I transit Maui every year or so. 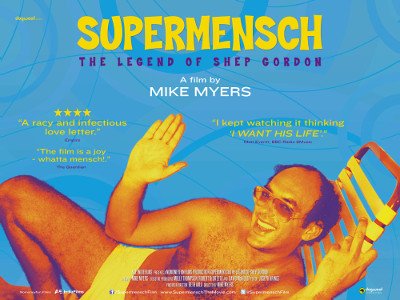 His amazing career was documented by Mike Meyers in the movie Supermensch which has been playing the cinemas and just came up for sale on iTunes.  He may be a super dealmaker and hard charging entrepreneur but I know him as a kind, generous and hilarious soul.  This article in Oprah Magazine unmasks him as the softie he really is. 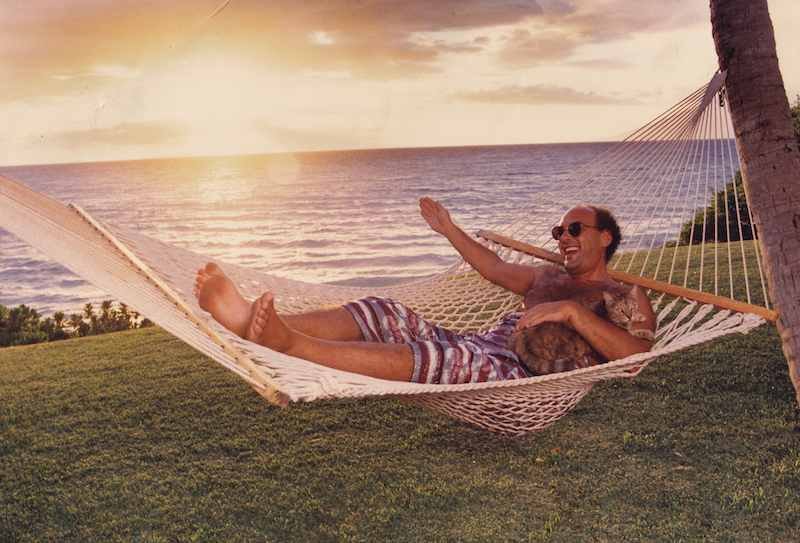 So here we are on the balcony of MiGrant, the new restaurant that shares the premises of Mala at the Marriott, Mark Ellman’s second incarnation of this fabled eatery, but MiGrant is the domain of upcoming star Sheldon Simone who has an enviable record as the creator of several Maui restaurants, most notably Star Noodle and Leoda’s after killing it with Aloha Mixed Plate.  In this new restaurant, he’s making a major impact taking comfort food up many notches and yet still remaining shy and humble as opposed to the superstar chefs. 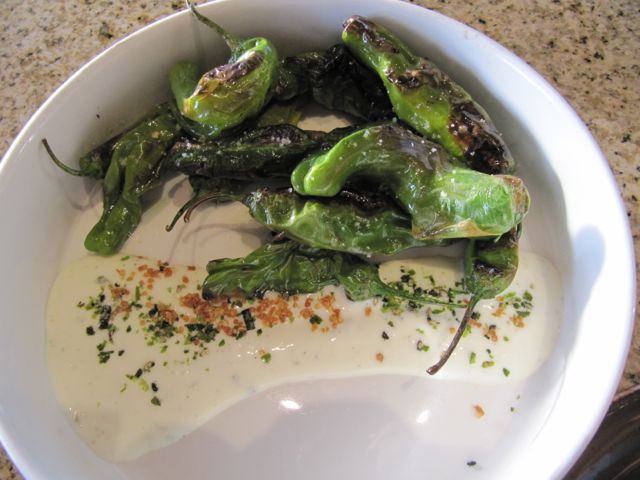 Waiting for the boys, I had a couple of Orange Crush cocktails and a bowl of blistered shishito chilies–much like the Spanish tapas Padron peppers–which were cooled by a creamy sauce and perfectly hit the spot.  Taken to the table to join the boys in story time, we had a rollicking three hour meal telling tales which will not be repeated here. 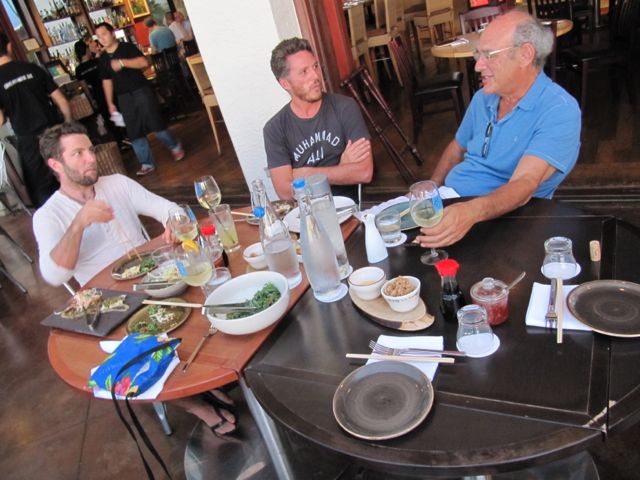 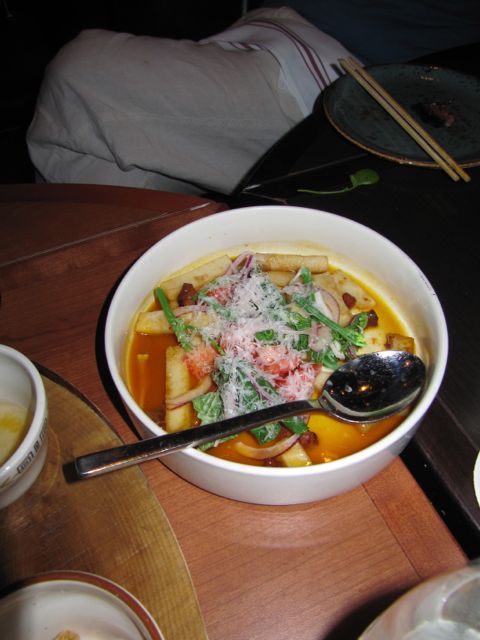 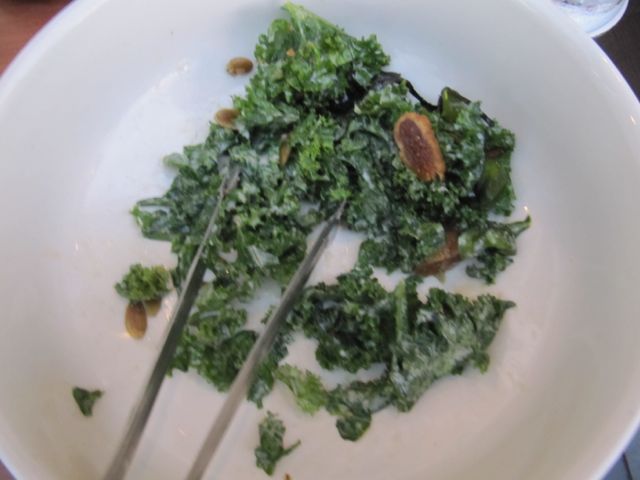 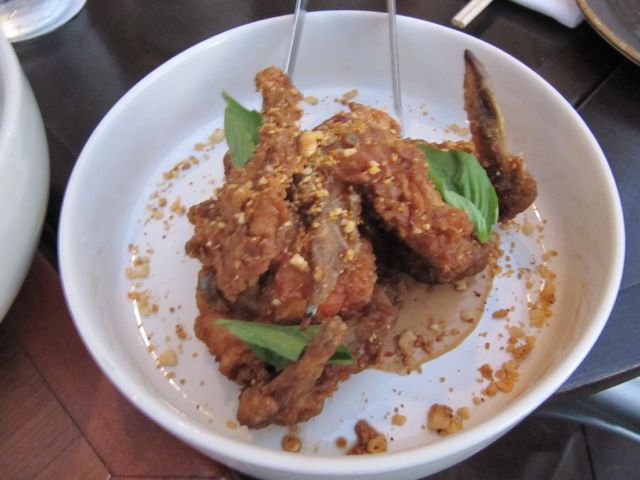 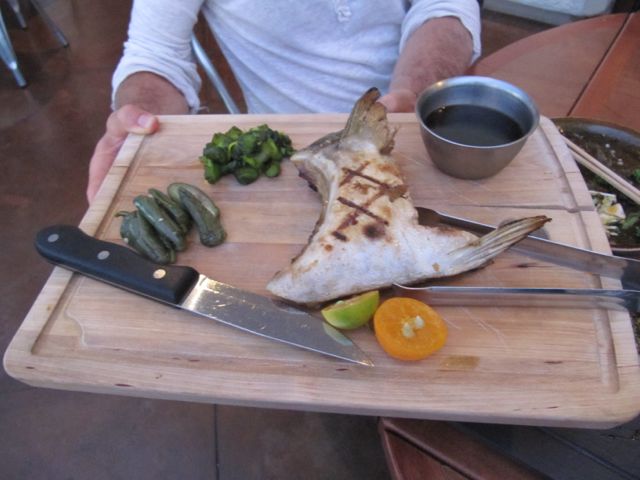 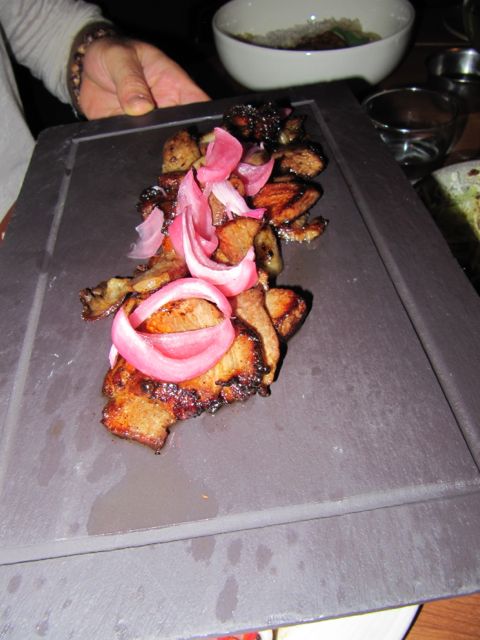 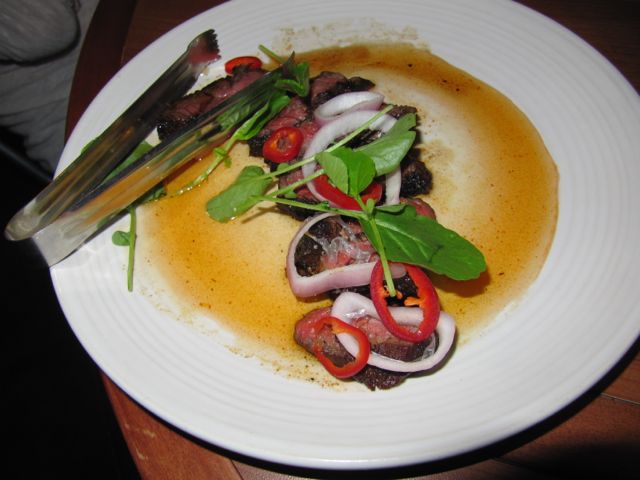 Refreshing and filling but not crushing.  On elf the best meals I’ve had in Hawaii due in large part to the genius of Sheldon’s cooking but al due to the company.

And with a view like this, who could possibly complain about anything! 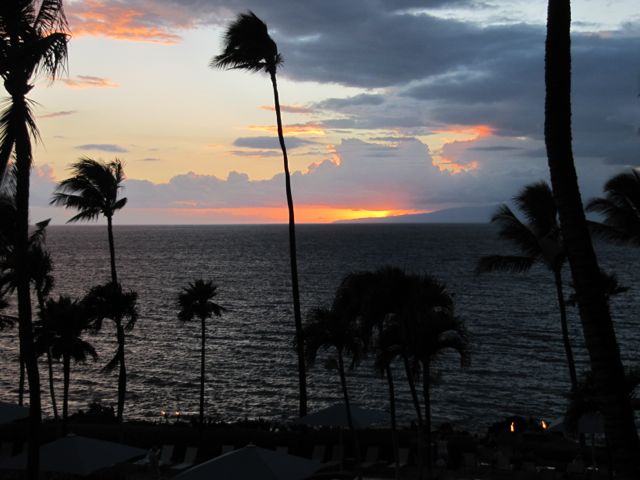 Posted on 3 September 2014 by Phil in Uncategorized

← Maui Munches On Where the World Comes to Play! Ka’anapali Fresh on the Beach
The Soba Zen Experience →