Another excerpt of the almost finished tome.  The Basement Tapes is a darker chapter of the book that occurs after a burglary that my ex-girlfriend committed while I was away on the road.  I was an extremely vengeful person back in those days post-breakup and rip-off and this chapter shows the extremes that my mind could go through.  It’s very graphic and violent and not for the queasy.  But it is only an excerpt here with another third that you can’t see until you read the actual book. 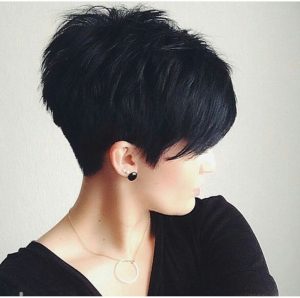 She looked elegantly wasted with her pixie-cut sleek black hair, flawless white complexion, shiny dark blue pleated pantsuit that appeared painted on her lean, taut body as she shimmied on the dance floor of Mr V’s Figure Eight Discotheque. I had introduced her to the upmarket black party palace when I was contracted to Mr V to come up with a world-class sonic and lighting system. That was the easy part. I simply sub contracted it out to a Dixie Mafia audio group and a super skilled concert lighting guy. And let’s face it Shelley used the visual aspect of the dance floor to her body’s advantage, keeping time with the killer sound system as she blazed a path across the mirrored floor leaving a light cloud of perfume in her wake.

She wasn’t there with me though. We had broken up bitterly weeks previously and there were still some things of Chip’s and mine missing that I was desperate to retrieve for nostalgia. My grandfather’s rocking chair, a rare guitar BB King had given me, Chip’s jewelled and jade opium pipe and his Macintosh stereo preamp as well as a pair of Navajo rugs.  They hadn’t been retrieved in the police visit to her house which got back records and one Persian carpet which she fobbed off as having been “accidentally” loaded into her truck in a rush to move her things.

I was sitting in the DJ’s booth in a darkened area, unseen to her as she writhed on the floor, attracting the attention of two large, impeccably groomed and immaculately dressed dark men who were starting to sway in harmony to her. It wouldn’t be long before they offered up her weakness—dazzling crystalline pure cocaine, which she’d eagerly snort after coming off the floor. She looked hot and she knew it, playing into the two dudes she knew were holding more than the gram they laid out in a private corner.

They were respectful, polite, charming and let on they had more at their house just around the corner. Nodding to the doormen as they took her out of the club, their black Cadillac was at the valet curb in moments and off they went. I’d be jealous if I thought they were taking her away to seduce her and ply her with toot before coming on. But the plan was better than that. She had no idea what horror awaited her, seeing a gorgeous house behind tall gates in a luxe part of South Atlanta. Slipping out of the car like a sylph, she linked arms with the two smiling and joking characters as they unlocked the door to let her in.  She didn’t know that this pair were ruthless thugs I had contracted from my coke dealer and they were no strangers to snatch and grab scenarios.  But this one had gone off without a hitch.

A couple of drinks, a few more lines and she was chatty and relaxed. Small talk ensued and the pair invited her down to the basement where they said they had an even better audio visual setup than V’s. And they boasted, they’d made it completely soundproof so neighbours were none the wiser. She tottered down the staircase and they turned up the lights to reveal me sitting in a large tufted chair with two cables in my hand coming off an automobile battery at the side of the chair. My co-conspirators instantly had her pinned down and leveraged her into a recliner equipped with handcuffs which they clamped onto her. She screamed but it was too late. And besides, as they reminded her, it was soundproof. They then gaffer taped her legs so she was motionless, wide eyed with fear, sweating like she’d just come out of a pool at which point, she pissed herself.

We could see the puddle forming and leaking over the cushion with even more intensity as I clacked together the two clamps of the cables together, producing a shower of yellow sparks and an evil clattering hiss of high voltage. She screamed again but this time one of the guys held her head while the other slapped a patch of gaffer over her mouth. Now the only sound was the labored rapid heavy breathing coming from her nostrils. She looked at me with the harshest hate in her eyes.

My voice went low and soft. She struggled to hear me as I talked soothingly, assuring her there was no escape and no deal to get out. “They are going to rape you first. That’ll be the first hour.” Her eyes almost burst from her face as she vainly screamed under the gaffer. “And let me assure you, that’s only the amuse bouche or meal starter. After they’ve finished ravishing you, I’ll start in with the torture part. The clamps will go on your nipples first and then we’ll see how you can transmit real pain across the body by moving them from place to place.”

With that, I pulled out a set of battery operated hair clippers and deftly shaved a large bare circle on the top of her pixie cut. As the hair slid down her cheek, I zapped off an eyebrow for good measure. Then I planted a swimming cap on her head with a wet sponge inside topped with an electrode sticking out of the top to which I attached to one of the battery cable clamps. Just like the old fashioned Mississippi electric chairs. By this time, her chest was heaving, heart pounding and she struggled vainly against her restraints before slumping into submission.

← Book Excerpt: Up For The Down Stroke
THIS IS MY TIKI LIFE! →