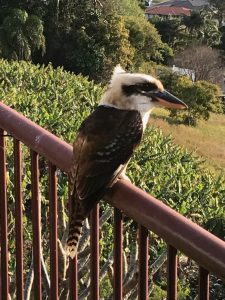 My morning resident kookaburra watching over The Hill and awaiting a breakfast morsel.

Getting back into the blog with monthly updates started three weeks ago but took this long to complete.  I’m happy to report that I feel at a peak of health relative to my turning 70 and also mentally pretty acute rather than doddering or drooling.  And emotionally I have reached a zenith of calm, being centered and pretty damn satisfied with my life.  COVID 19 is not really a worry here as we have had no cases within 200 miles of home for over 200 days.  Our two major states–NSW and VIC have had no community cases in over a month and the total death count for the entire country of 25 million is 900 or so since Jan 1–only 50 or so in my state of NSW.. 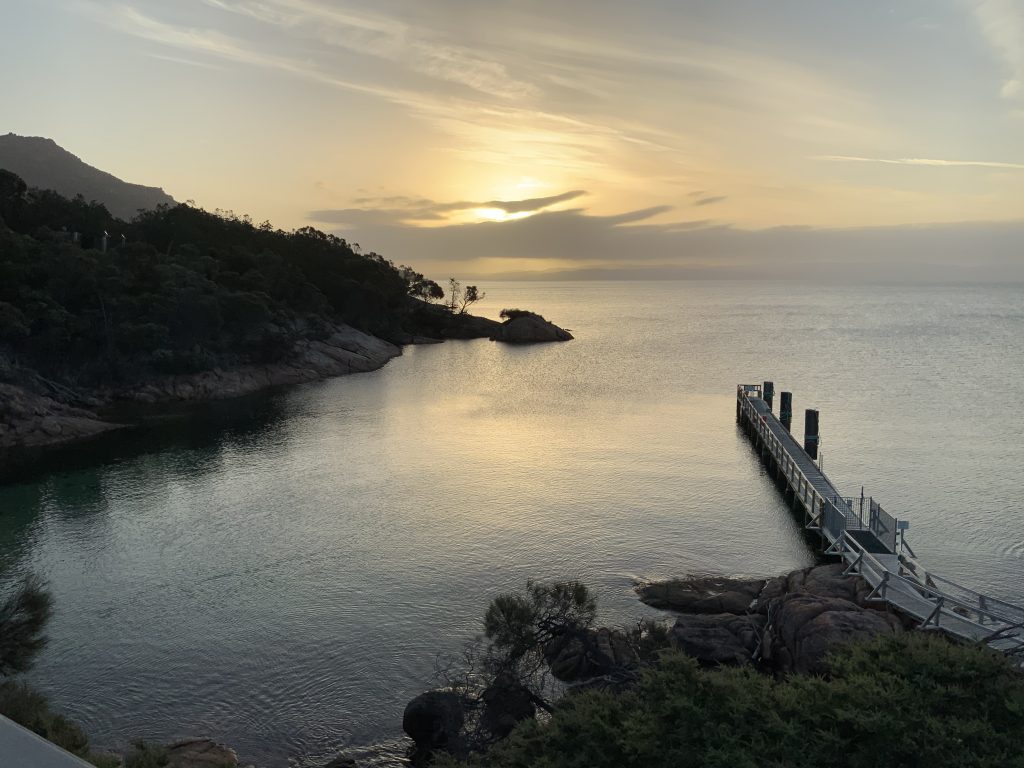 Plus I was fortunate enough to have a cheap ‘overseas’ trip’ of two weeks from the oppressive heatwave of Coffs  to the coolth of Tasmania, our Apple Isle.  Due to my fabulous travel agent (Brad Thomas. who recovered all the money of a previous Darwin-Broome Qantas booking) I got a round trip-ticket for only 12,000 points, a cheap SUV for $300 and great accommodation due to me booking four days before the Tasmanian government gave notification of reopening.  Lucky I have government tourism connections as a veteran travel writer. 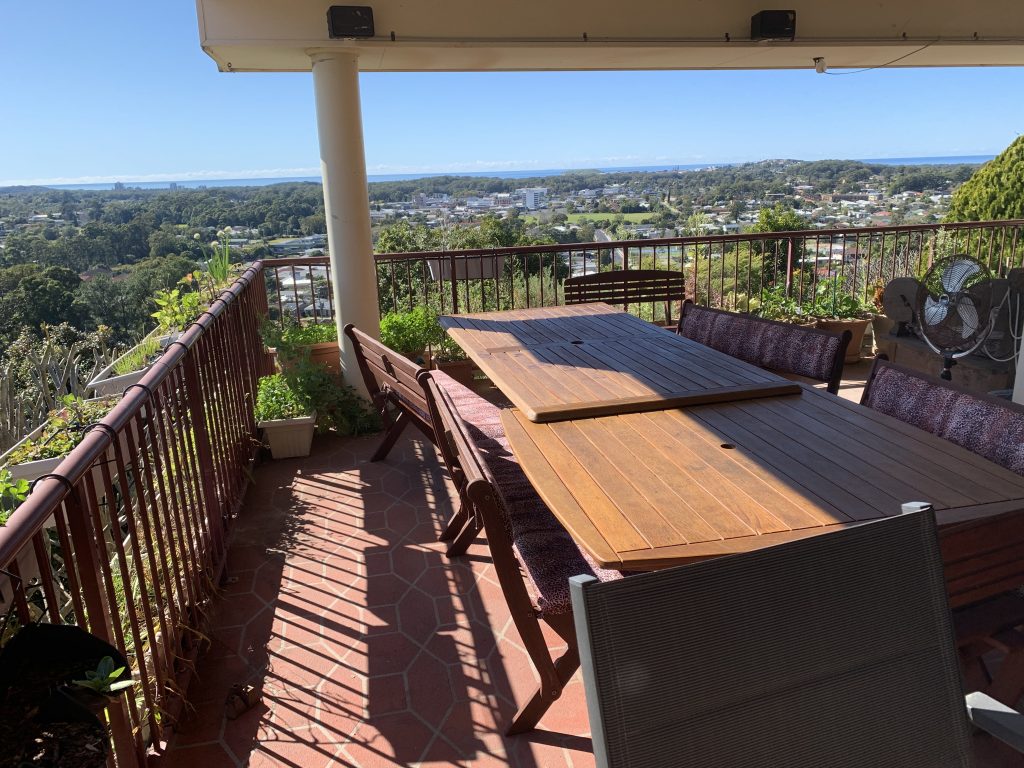 The kookaburra’s domain looking out from the balcony to the sea.

I’ve been back into writing, trying to finish a three year book project but at the same time trying to enjoy every sunrise and dawn as well as floating in bliss through the days.  I usually have a nap in the afternoon after a morning full of new music and am tucked into bed by 8pm with Jacko in his night cage next to me awakening every morning smack on 4:20 am without using an alarm clock. He’s joined for breakfast by his ‘tribe’ of a family of eight King Parrots 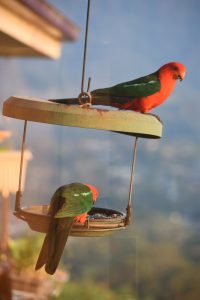 A pair of King Parrots at the feeder.

and a cacophony of the crowd of well over 50 chattering Rainbow Lorikeets which crowd around the feeders and water bowls on this hillside nature reserve.  The nearest neighbours are half a kilometres away so I can blast music from my stereos at 11 without disturbing them–the latest fave being multiple albums of Hot Tuna live. 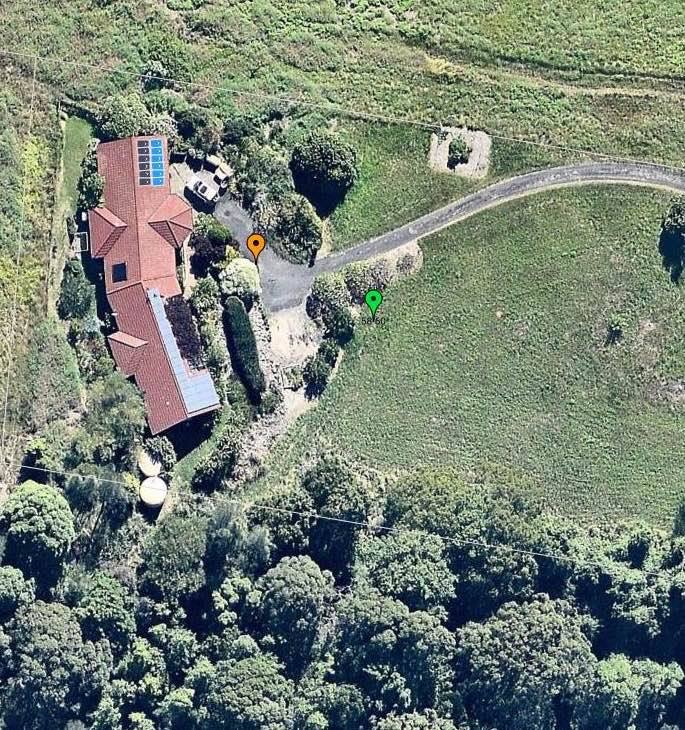 Aerial View of The House On The Hill

Living high on a big hill overlooking the ocean, hills and village breathes solitude into my life.   I live alone but am not lonely.  Kinda like Superman in the comics of yore in his Arctic Fortress of Solitude.   Also sans wife or partner by choice, I have no demands on me to distract from the orb popping up over the waves and no extra washing up.  Which also means I don’t have to split the dinner pinot and always have half a bottle left for tomorrow.  And to add another plus, I have no living relatives, no kids or grandkids so no having to rescue them financially or morally.  And just four lovely ex-wives I no longer have to deal with or invest in.  Life’s a blast!  And I don’t intend on ruining it by a late life love.

A typical colourful sunrise of which I capture every one from 5am on.

The Big Day in November was the 17th, which is the date I was born in 1950 and this year obviously is my 70th.  But the big day so far in November was the 3rd when American voters dumped Trump in droves and which was just certified as final.  No more clown show on TV as the populace forgets their mistake of a President and the new fella moves in to the White House where he used to work as second banana.    I was already celebrating in my usual style of one bottle of Rose Champagne (starting with Charles Heidseick  with fresh shucked oysters and mussels mariniere). 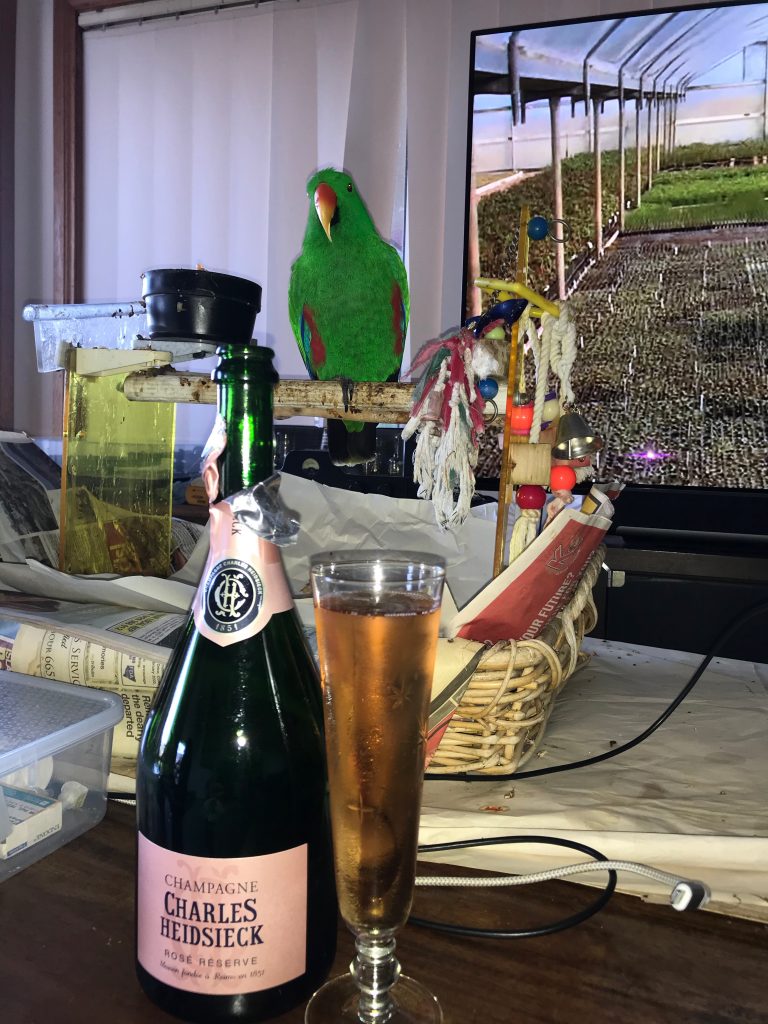 Think Pink! A white sports coat and some pink crustaceans

Then a different crustacean  for each Saturday preceding the Big Day for a month. Phil’s birthday month ended with a Dom Perignon Milleseme 2005 Rose backed by a Western Australia rock lobster, the previous ones having been Mumms and scallops, Ruinart and Balmain Bugs plus Laurent Perrier with Mud Crab..  No big birthday party planned and a surprise one by a dear friend was thwarted early in the piece.  Still, I was able to hang with friends in intimate groups including the entire Bromell family and the Ryans and of course Carlina Ericsson. 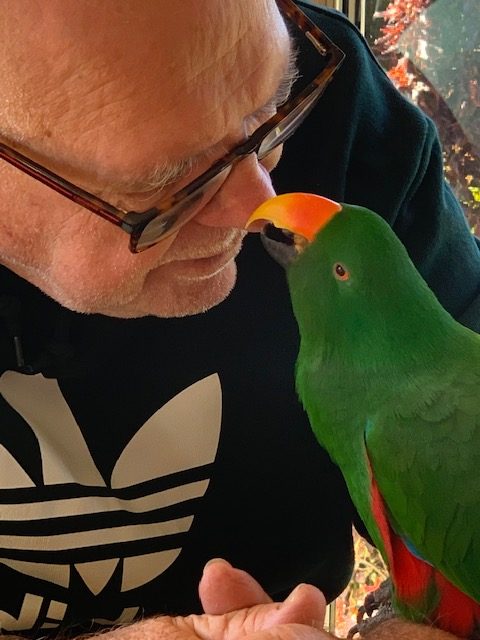 Thanks to the gift of a dear friend of his time, I was able to jet off and drive around Tassie shortly after the bottles of bubbly were exhausted.  Jackson the Eclectus remains in the spoiled care of my good mate (and some swear doppleganger) Keven Oxford  who has graciously lived in my house while I’m away to keep Jackson in familiar surrounds.  And as you see from the photo of the two of them dancing beak-to-beak, he kinda looks like my twin and he is just as loving and kind to the green featherkid as I. 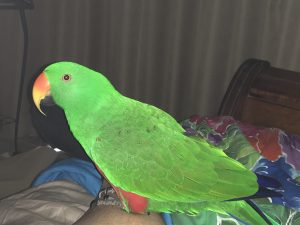 Keven had an Eclectus of the same age called Chico which escaped just after he moved down here from Byron Bay with wife Karin, their dogs and horses.  When he first visited my home, Jackson just rocketed over to his shoulder, nuzzled his neck and ears and a great love was started.  I owe Kev a lot for his care of my green guy which has allowed me to travel in late years and Jacko to be secure in his own home.  Kevin spoils him with new foods, healthier than mine at times.  And Karin has added a lot of dimension to the house and balcony with her sewing and upholstery wizardry.

When I mentioned going overseas, it was usually Hawaii this time of year but we are not allowed to leave our country by law.  And though I was hoping for a Great Barrier Reef island, the state of Queensland has been closed off to us in NSW for seven months while my favourite closest tropical island, Lord Howe only opened up a week after I booked Coffs to Hobart with a lunch in Sydney. 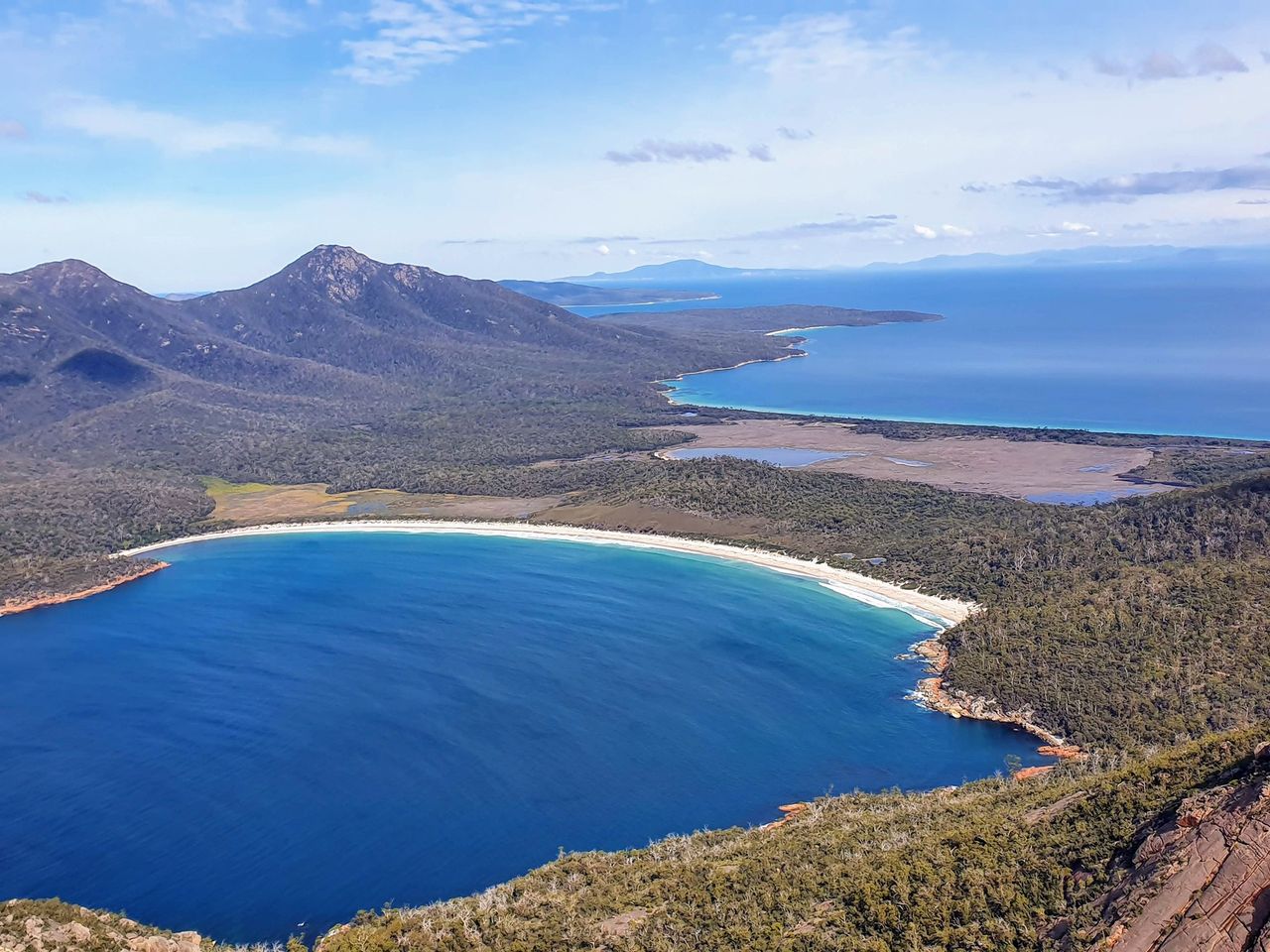 So Tassie it was for maybe my 20th time in the 40 years I spent here since emigrating.  When I first arrived in 1980, I rented a campervan for three months and circumnavigated the gorgeous isle in early summer like I just did again.  But then, it was a three month crisscross of the island followed by another three month jaunt in Northern Queensland in another Kombi. 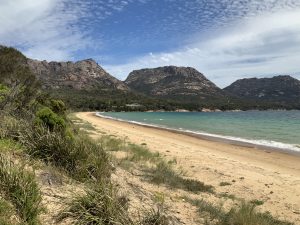 This time i had my Phil of Eastern Rock Lobsters cold and Scallop Pies warm.  The bounty of cherries and raspberries was endless and I went to as many Farmers Markets as I could find, starting with Salamanca. 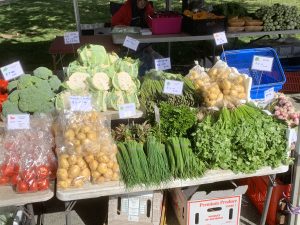 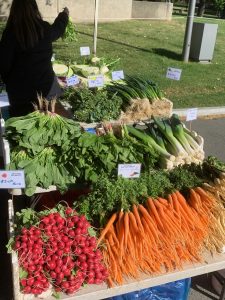 But the best part of the trip was over to the West Side to Strahan and riding a massive World Heritage Cruisses boat into the Gordon River for a six hour cruise. 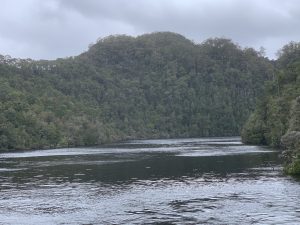 Rolling down the river 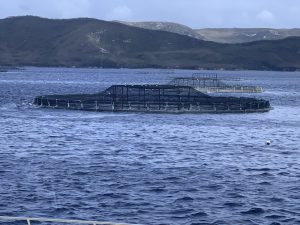 Ocean Trout pens in the bay.

So after a few short weeks, it was time to return to Coffs with the maximum number of bottles of fine pinot noir to haul back. The memories of fab restaurants and the wonderful Taswegian people.  And one last dump to float a few logs down the river. 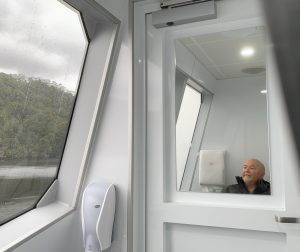 Loo Room With A View

Speaking of taking a crap…  Since the US election is over, I no longer have to put up with the senseless queries or digs about “What are your thoughts about what’s going on in the US?”   It was tiring to get variations of that question for the last four years because of my obvious Southern accent or due to some locals wanting to wind me up over Trump.

My quick answer to them, somewhat rehearsed for brevity was, “I’m heartened that the rate of pedophilia has plummeted in the US, but saddened it has increased so much here, especially with our clergy buggering boys and girls in record numbers.  What’s your opinion of that?”  It shocks the hell out of them and leaves them no room to answer while I laugh inwardly at their outraged discomfort…

So back to my hillside idyll to be greeted by green fields of grass that need to be mown but also a lot of fruit and vegetables bursting out.  Jacko’s frisky and hungry as ever and is enjoying his bounty of passionfruit and hot chillies fresh off the vine. 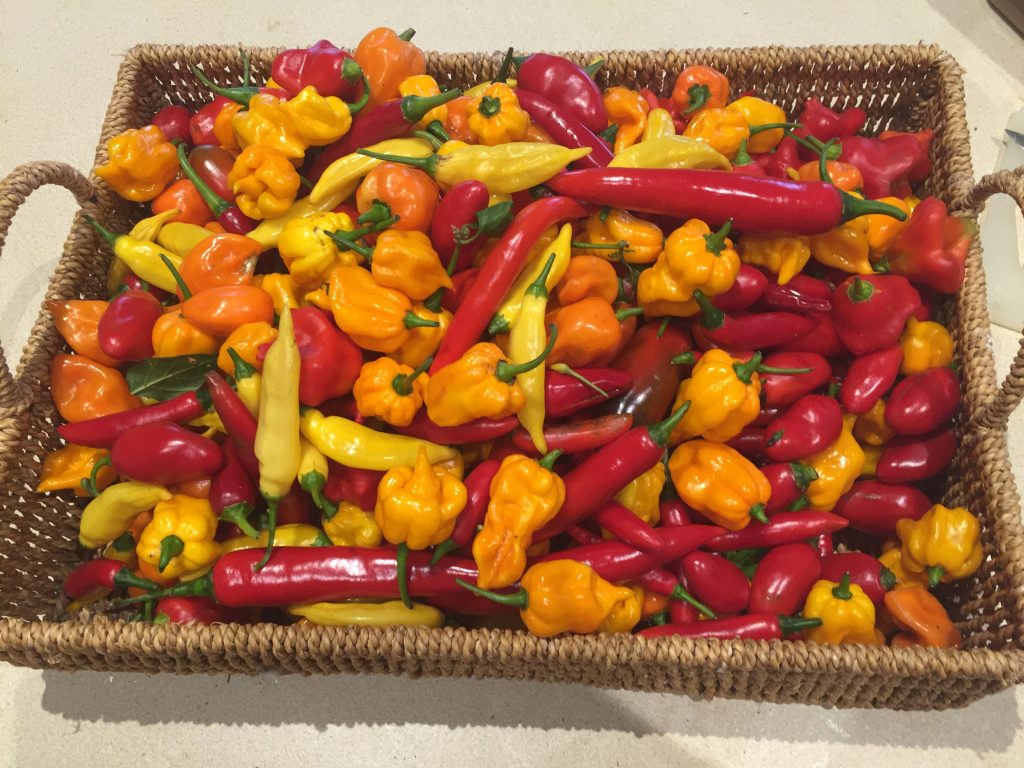 With COVID, it’s been easy to stay at home and do projects like sorting vinyl and CDS, moving furniture around and getting rid of junk.  I’m much more organized and happy that some things that have remained in place for the ten years I’ve lived here have now assumed new positions.  And we really have nothing to worry about with COVID—it hasn’t been active in our area of the state for over five months and even the adjoining state of Victoria managed to bring 750 case days in July back down to zero in the past fortnight.  We’ve all had to sacrifice some but living in regional Australia has avoided the cesspools of contagion that have been our cities. 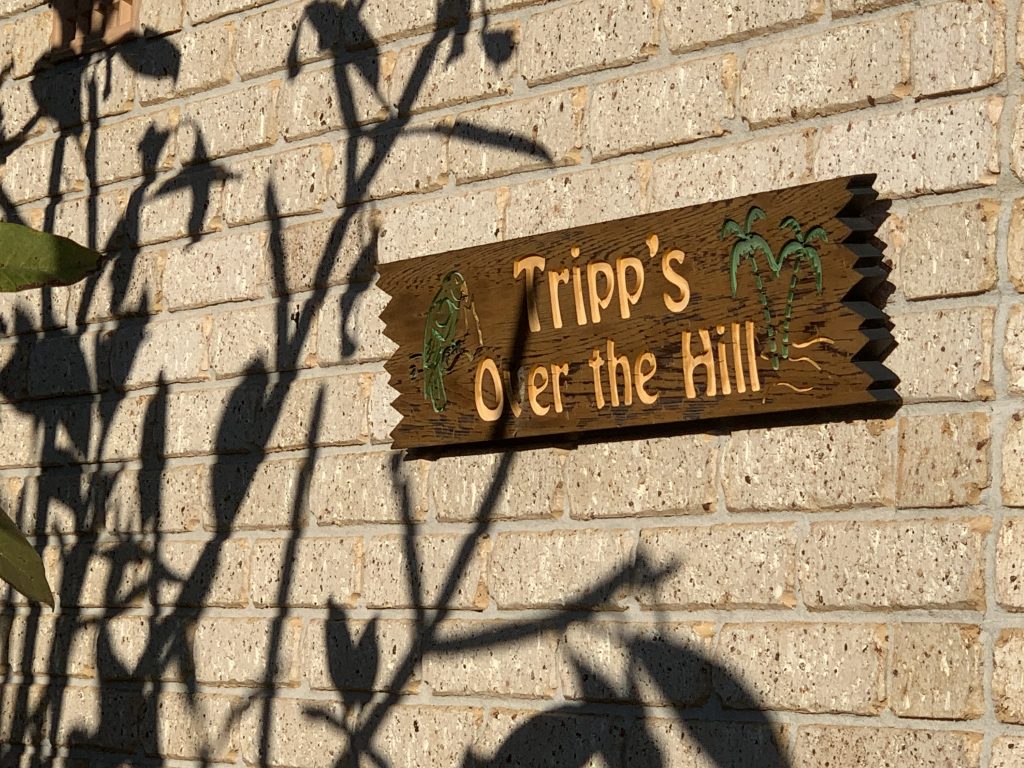 Our medical system has not been strained and is still basically free to an old codger like me with world class doctors and facilities.  I generally don’t pay for medications and a Federally issued Seniors Card gets me discounts everywhere and a few free trips a years by rail.  Our economy took a big hit but we Jobkeepers were paid an average of $3000 a month since March and it’s still going on though the amount was reduced a bit.  Because we don’t have guns, we have no armed militias roaming the streets looking for a duel.  And thankfully we don’t have a plethora of 24 hour news and propaganda channels on TV  and see the news coming in from America through filters so only the buffoonery of Trump gets through to raucous laughter.  No CNN, Fox, MSNBC means no worries for us.  Even our dollar has gone up from.58 to .72 against the Yank buck. 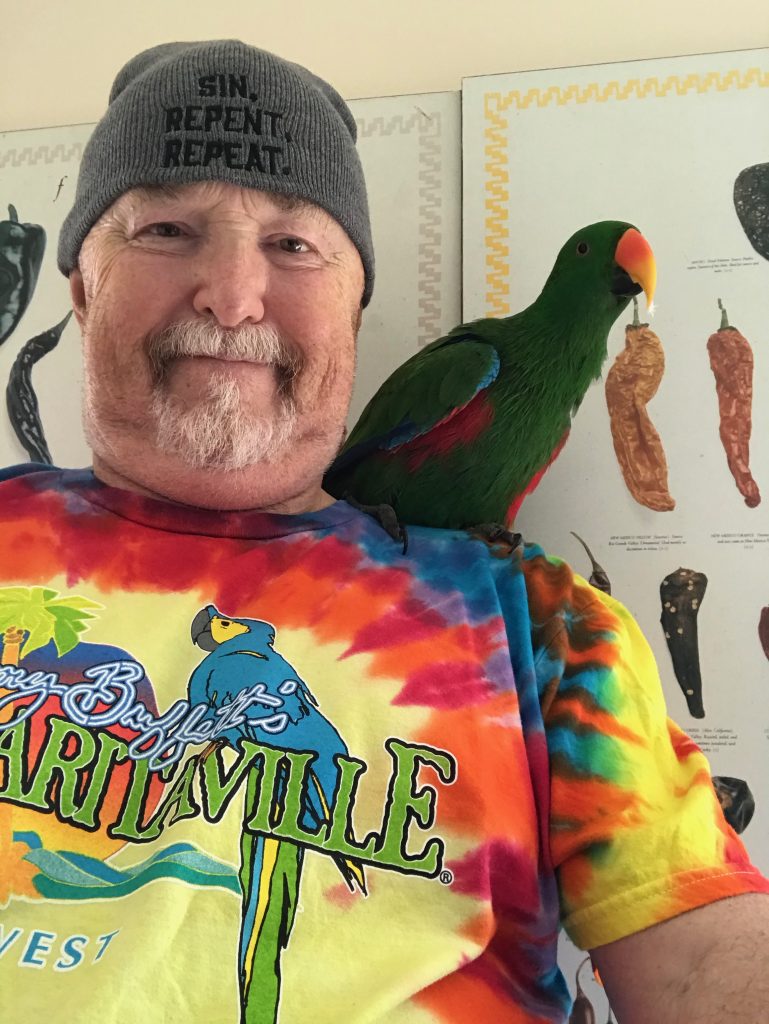 Still Alive And Well as Johnny Winter Would Scream

Sadly. I’ve lost some friends back in the US.  A couple to COVID but many to the infectious disease of The Donald as they grasped for leadership from a con man, cheat, thief, serial bankrupt, unrequited liar, betrayer and reality denier.  Because I come from the South, many of my peers drifted to his side and became intolerable.  I’ve had to cut off a few who got so strident, but mostly, they unfriended me when they found my digs at Donald or El Cheato as I called him.

I’ve also cut the line to all social media to get away from the trolls and brain-dead on Facebook, Instagram, Twitter, Snapchat, Tik Tok, You Tube, What’s App and any connection to vague platforms including LinkedIn.  Been off for about five months and have so much more time to devote to things that matter rather than distractions.  So I’d better get back to writing the book and finishing it. 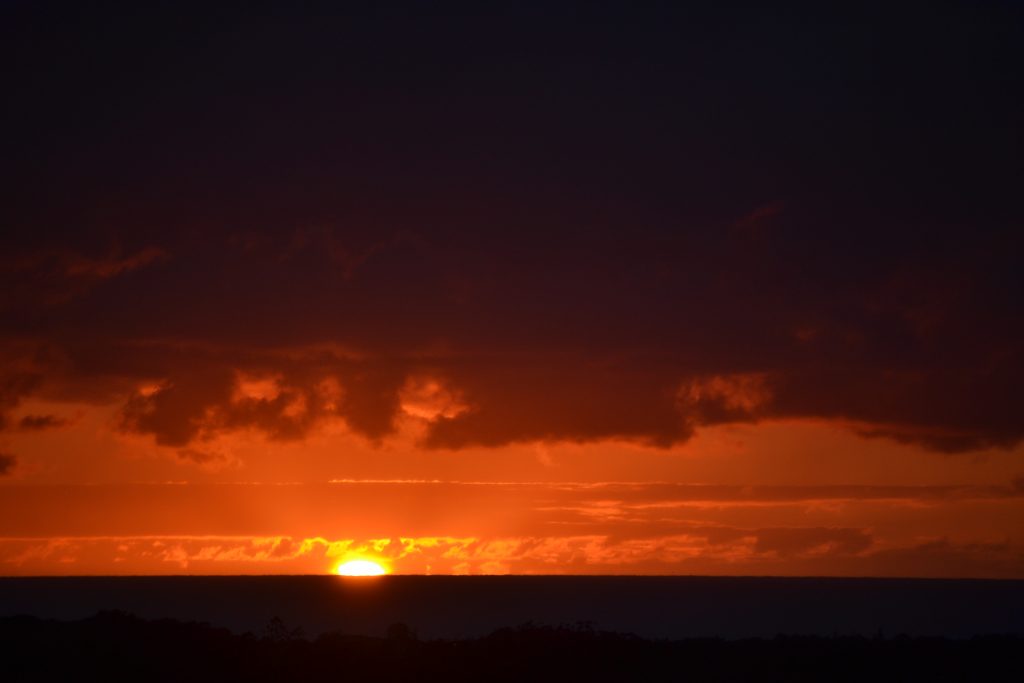 Posted on 10 December 2020 by Phil in BLOG, Tripp's Travels, Uncategorized