Popping Up In The Hometown

I came back from my recent trip to find even more retailers having closed and the vacant shops multiplying.  I had an idea to write a letter to the editor of the local paper which was surprisingly published this morning 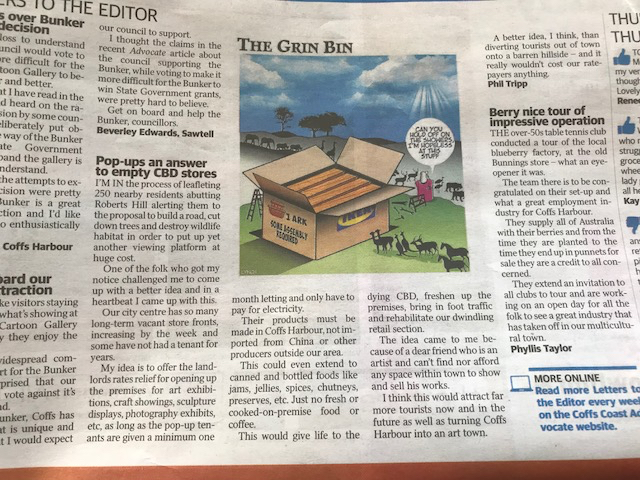 With high rents, dwindling foot traffic, an ugly CBD that I have likened to the charm of a meth addict’s mouth due to all the holes in the streetscape, I thought I’d get my exercise one Saturday morning taking snaps of all the empty shops in just the ONE BLOCK of Harbour Drive along with a peek around the corner at the adjoining stores on the Pacific Highway that are shuttered.  So here we go on a tour of our MAIN STREET OF RETAIL and let me tell you, the side and parallel streets don’t look much better. 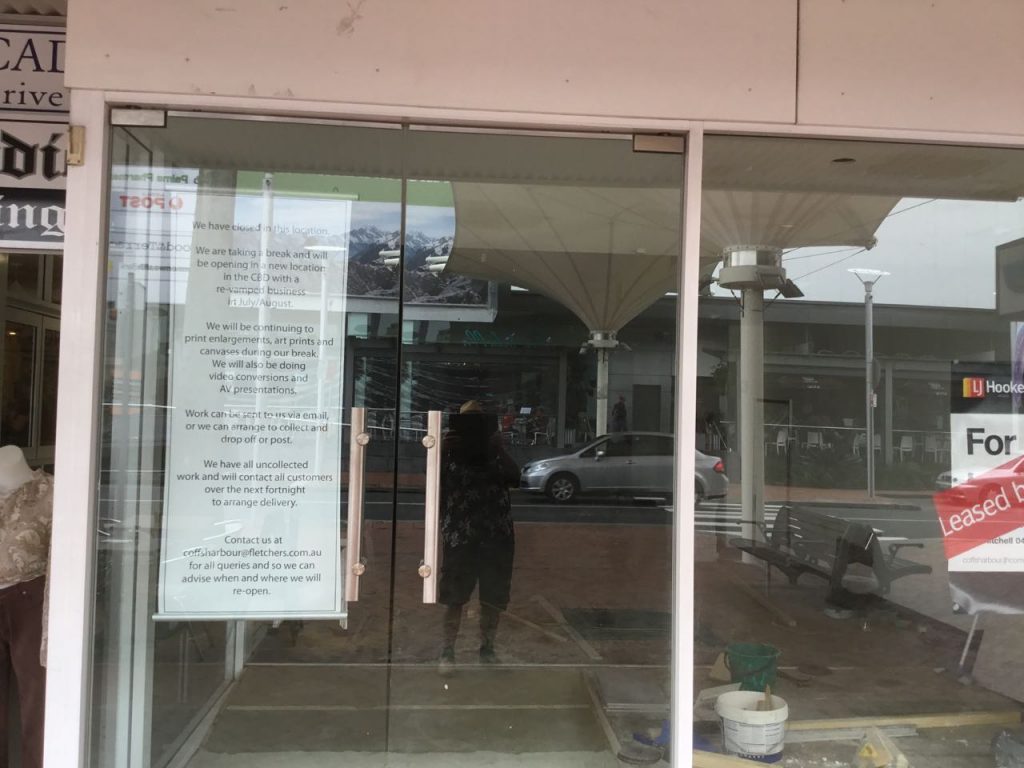 The latest to leave.  My go to photo store, a fixture here on Harbour Drive for over 20 years and once owned by Warner Chappel Music’s John Bromell. 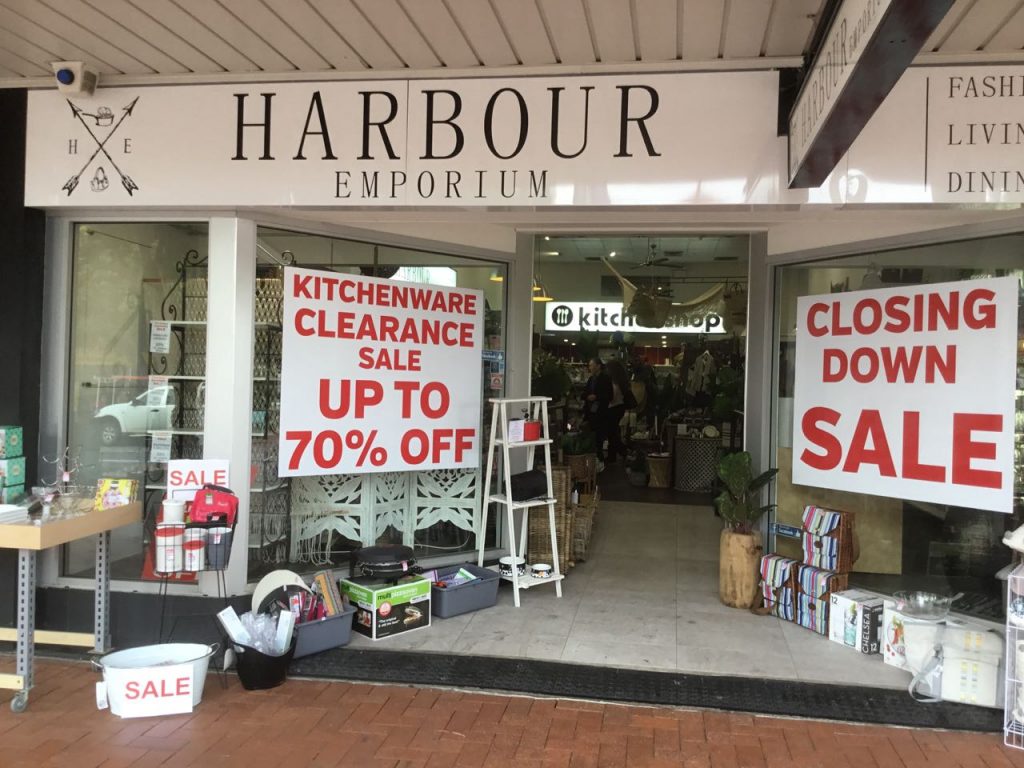 The next to go, closing at the end of September and moving to Tasmania.  The operators of this business have been in a couple of locations in the past 15 years. 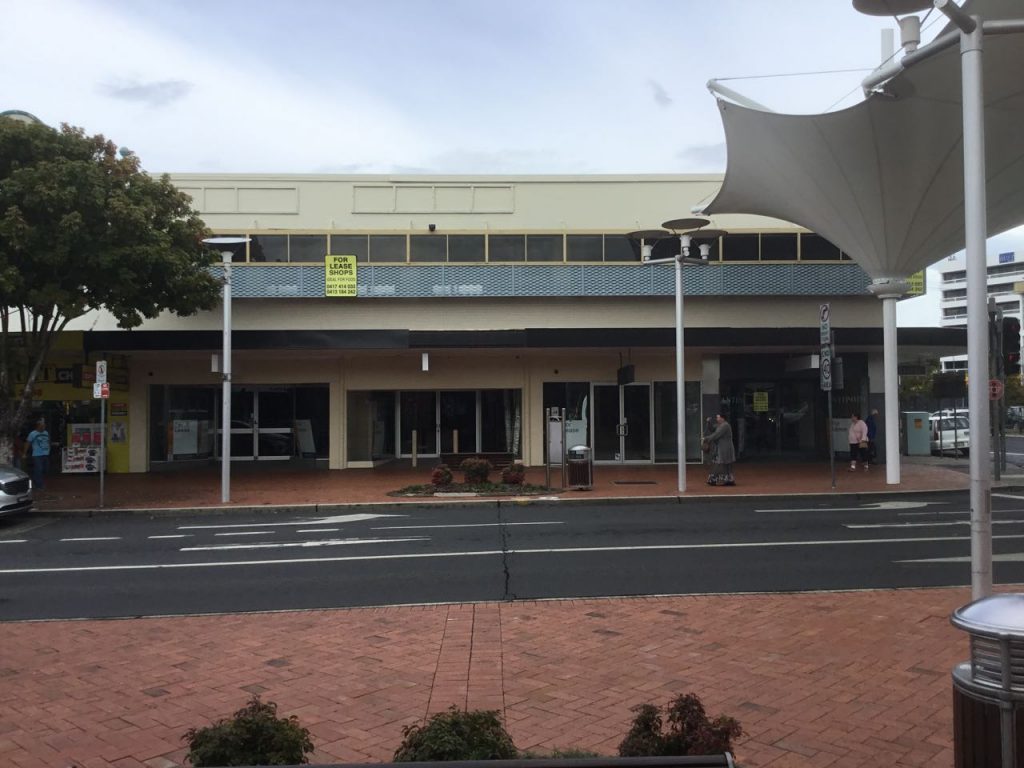 The Quadrella of Quitters.  Four separate retailers in a row at the corner of Harbour Drive and Pacific Highway looking like the front teeth of Coffs Harbour were punched out. 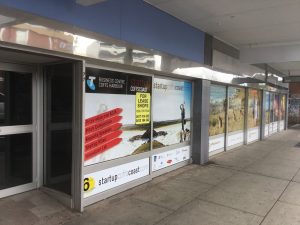 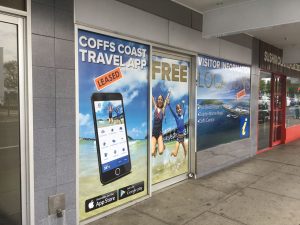 And just around the corner on Pacific Highway, we have these four fronts closed and covered with out of date and ugly skins to hide the holes.  Vacant for years 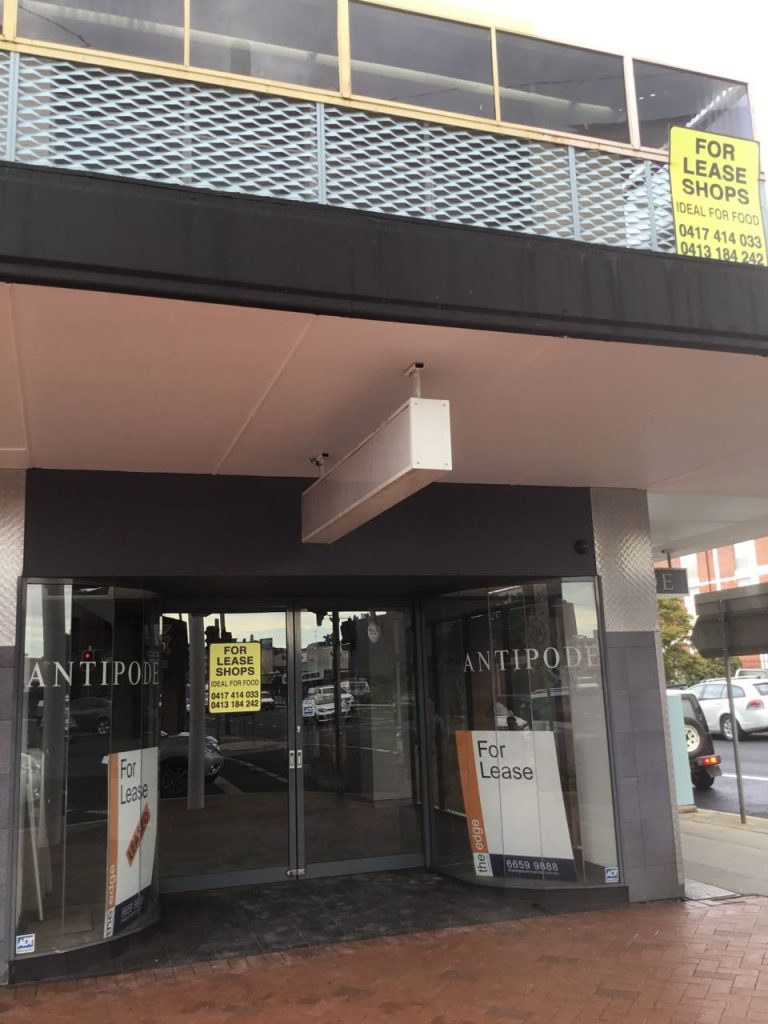 A close up view of the corner of the Quadrella.  Couldn’t you imagine this as a pop-up art gallery filled with paintings? 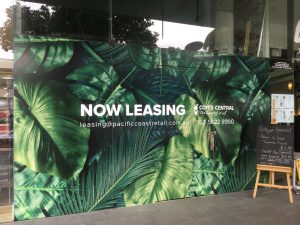 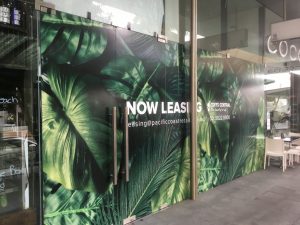 Two restaurant spots, one on the left vacant for over two years, one on right since New Years.  Both on either side of a dying Japanese Restaurant that will probably be the next food outlet to go on Starvation Street. 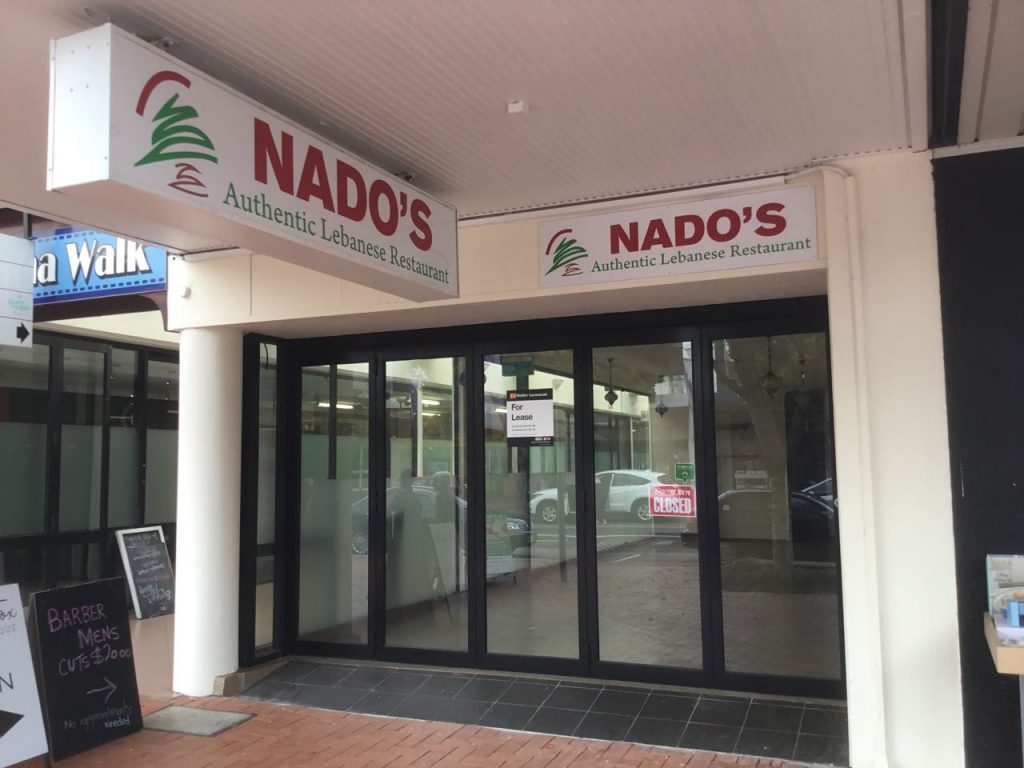 Yes we did have a Lebanese place, but like the great What’s Up Chook? BBQ chicken spot and equally fine Zen vegan Japanese diner around the corner, this one died a gruesome death on the main drag. 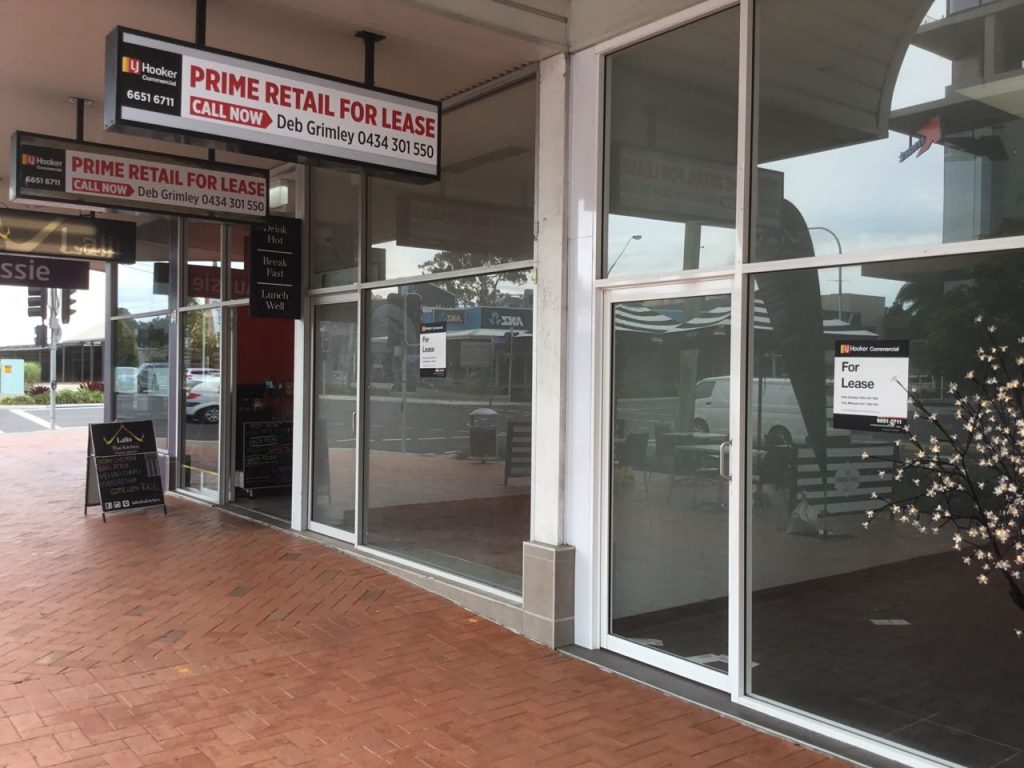 The Intolerables was a cool little gluten-free and natural food place that should have been named The Untenables.  It closed a few months back before winter as did the cafe briefly mounted next door after only being open a few months.  Before that it was Happy High Herbs.  And here are more gaps in the streetscape… 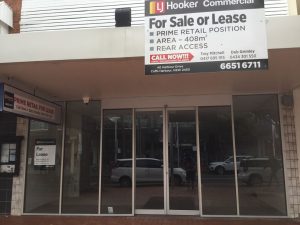 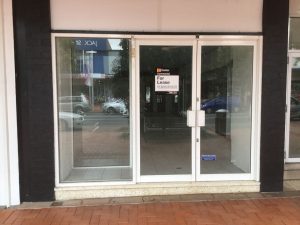 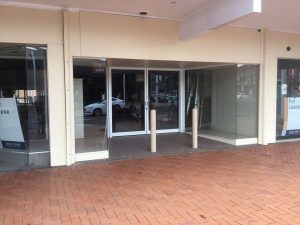 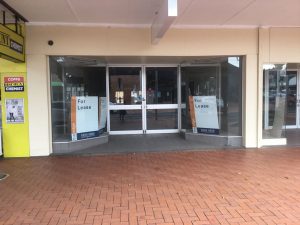 OK, OK, you get the picture

Funny enough, I just got the reaction below from a longtime friend and journalist formerly with The Coffs Coast Advocate and now PRIME7 News, Claire Simmonds.  I had no idea the city of Newcastle did this and I’m sure Coffs Council hadn’t a clue either:

“You need to have a look at Renew Newcastle project. I saw it profiled at a local government conference not attended by Coffs Council (because it was council meeting day) at Nambucca Heads.

Essentially, empty shopfronts cannot be leased for less than their worth, as this devalues the property, forcing bank mortgages to be revalued and owners punished with reduced mortgage terms. However, they can be licensed under licensing agreements which can be cancelled at short notice if a tenant becomes available.
In Newcastle, the city centre was empty – hundreds of empty shopfronts many in historical buildings. They started this idea and licences issued to creative arts industries. Idea took off, artists and customers flocked to city centre, many artists became able to lease space they were occupying and had improved and leases suddenly were not a problem.

Idea exported around world. I did a story at the time on PRIME7 News as part of local government conference.”

These are links to more information about Renew Newcastle:

Posted on 25 August 2018 by Phil in Uncategorized

← The Book & The Writer
Back Home Again →