THE FIRST MURDER begins the book which ends with the second murder that I was framed for, but did not commit nine years later.  In between was a raucous diversion. 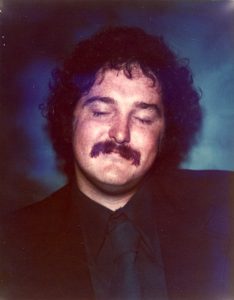 My brand new Lincoln Continental Town Car was parked in a small clearing in the empty desert clearing awaiting the loading of a shipment of marijuana bricks from a large dumpy old sedan parked next to it. The breezes blowing off the desert rustled the nearby pinon tres into soft whisperers. The sky was inky-black, no moon but thousands of stars as I lifted my head back to look at them across the cosmos, bathing in the hushed quiet of the dark desert. Sweet scents of cactus flowers wafted with evergreen odours in the warm night air. The soft whirring and chattering of a faraway helicopter was offset by crickets. That’s when I heard the deadly sound of a semi-automatic pistol being racked as a live round hit its chamber.

I rotated back quickly to Jose who was the only one with me here in the desert night and who was loading 500 pounds of Mexican kilo bricks into my car’s trunk. The metal-to-metal sound was unmistakable as the explosion that came next when I spun around reaching for my pistol in the left belt holster. I was lucky that the reach tilted my body to the left enough to turn what would have been a straight on chest shot to a less lethal hit. I felt the bullet tear into the flesh of my upper right arm missing the bone as I turned back to him and fired off six rounds in short succession. He’d fired four more which had missed me since I luckily had moved from his aim at the last second but two of my Beretta .380 rounds found their target in his forehead and chest. He was dead before he hit the ground backwards from the force of the shots only 20 feet away. Then, once again, the silent whispers of the wind through the bushes after the concussions’ echoes slowly diminished. 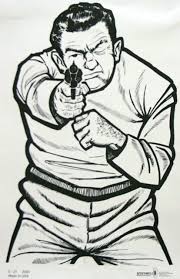 Jose was a worker for Raoul who was my regular pot supplier for loads picked up 20 miles from the Mexican border but Raoul was ferrying another load across that night and left me in Jose’s hands. Raoul said I could trust him, he’d worked for him for five years though he was a bit slow. Raoul I trusted and never had reason not to.   Jose just had a bad vibe on him that night when we met up for the drive out to the stash in the desert and seemed kind of shifty so just as a precaution, I’d holstered my trusty Baretta 14 shot semi on my left hip, covered by a light jacket. Lucky I was to take that precaution because Jose set me up without Raoul’s knowledge, taking me to a far desert arroyo to make the exchange in the dead of night. Border Patrol jeeps patrolled the area closer to Mexican and the occasional Customs helicopter would fly between us and the border using heat seeking sensors. I realised I needed to get rid of the body and his car before dawn, only six hours away.

I loaded the remaining bricks into my trunk along with my briefcase full of cash and looked through his trunk for the shovel he would have obviously had at the ready if his plot had succeeded. Now I knew what Raoul meant about Jose being slow, he forgotten to pack something to dig into the desert sand to dispose of the body. Great! How the hell was I going to do it? I rustled around the trunk and found some fishing gear and two buckets for his catch. They would have to do. I found a flashlight in his toolbox too, fully charged, and a long tube that would work for sucking gas out of the tank.

Now, for the plan. I had to lift Jose’s body into the trunk, retrieve my bullet casings and his brain or body parts that had been blown out by the hollow points, drive the car to a bushy area about two miles away, dig the grave, toss the body in, cover it and use some bush branches to sweep over the sand and add some leaves and twigs to make the gravesite look more natural. Then I tied the bush branches to the rear bumper with fishing line from his reel so as to brush the ground as I drove, covering up the tire tracks as I went along to a place where I could dump the car and set it alight. This would have to be within walking distance of my vehicle that was still at the shooting scene, fully loaded with pot and money. All the while I would have to manually drag the branches behind me as I walked and reattach them to the rear of my car for a mile worth of driving. But there were a number of problems with this plan.

The first was that it was the dead of night though the moon had risen enough in the interim for me to see my way without using the flashlight. I had to get up high on a hill to triangulate the place I would bury Jose, a concealed spot to dump the car and back to where my car was parked using landmarks as my guide. Since I was alone, the digging and burying would be sweaty work and not easy using buckets as shovels. I had to keep my wits about me and not open the wound on my arm and start bleeding.   I was conscious of leaving a blood trail or losing enough that I passed out, not a great move when the desert sun could bake your brains quickly.

Since the body would already be buried and a couple of miles from where I planned to dump the car, it would be better to park the car away from a well travelled road and return during the daytime to soak it in gas and torch it using a lit cigarette folded inside a pack of matches as a three minute time fuse. That meant I would be a couple of miles away when the car blew and burned so as to avoid detection. The Border Patrol jeeps could be close by as the fire started but they had no way of putting it out, thereby destroying any evidence as to the owner. Jose had told me it was stolen with switched plates so I had to remember to take them off before burning to cut that link in the chain.

Back where my car was parked, there was still the problem of evidence. I had shell casings that were ejected into the sand to the right of where I was standing when I fired. They still had to be retrieved, even though they had no fingerprints on them since I loaded the pistol with rubber gloves when I prepped it for work. Also where I was standing when I got hit, there might be some blood in the sand and in line to where I walked over to his body before I tied off the bleeding arm. Fortunately the flashlight came in handy for that operation and as it turned out, I hadn’t bled that much since the bullet missed any arteries and major veins, just putting a hole through the outer edge of my tricep. Geez I was lucky!

And there was the matter of the blood pool where Jose’s body hit the dirt when I shot him. That needed to be removed and disposed and the area scattered with sand to be brushed over. That was easy as I still had the two buckets. Finally there were four bullets that didn’t hit Jose but were probably a few hundred yards behind where he was shot. I’d have to let those go and just ditch the gun. The likelihood of the police finding the murder scene was slim as I had covered my tracks well to and from. Now all I had to do was get out of the vicinity before dawn in an hour and hope the roads were clear of any patrols.

As it turned out, luck was with me and I made it back to town with the load, parking the car in a commercial basement lot within a bank building and headed back to the hotel to clean up and change my bloody clothes. Later that morning I rented a car, assembled my firemaking tools and a can of gasoline, heading out to the scene of the crime. By doing this, any random tire tracks would not be from my own vehicle and of course, I’d not be running the danger of getting caught with 500 pounds and a bag of cash. So on the guise of going fishing at a nearby lake, hence the pole depleted of a bit of line and a full container of gas for the boat, I headed off with a few sandwiches, a couple of cold beers and some soft drinks in a little cooler. The pistol was disassembled in the trunk area to be tossed over a set of bridges spanning the lake and the buckets had already been emptied down a sewer drain and disposed of in a dumpster.

I got to where Jose’s car was parked and drove by a couple of times to see if there happened to be any surveillance in the area, if the car had been discovered and was being watched, making sure to drive up a nearby hill checking for Border Patrol vehicles or a chopper. Finding it clear, I drove by the car by a few hundred yards, stopped, walked back to it with my gas and firebug setup, soaked the interior and the trunk, carefully placing the matchbook and lit cigarette on some engine rags I found in the interior. I then ran back to the car, hightailed it out of there for two minutes and drove up a hill a couple of miles away where I could watch the car go up in flames without being too close.

I could see a trickle of smoke followed by a stronger column as the interior caught followed by a hollow explosion as the gas tank ignited. I didn’t stick around any longer than a few minutes and started making my way back to town to check out of the hotel, drop off my rental car, retrieve mine from the parking lot and then hit the open road to take back another load to Atlanta. My arm was throbbing and this reminder of the incident caused me to cry as I drove for 10 minutes as waves of relief washed over me that I didn’t end up dying in the desert or rotting in that state’s jail for Murder 1.

Even 45 years later as I recount this, it weighs heavily on me. I haven’t identified the state because there is no statute of limitations on murder. Even though I could claim self-defence, I would still be arrested and tried for the higher crime, sitting in jail for maybe a year or so before trial. I haven’t identified the locale for the obvious reason of keeping my tracks covered and the grave site undisturbed as well as the killing field. But I was looking over my shoulder for a long time since and never returned near the border of Mexico for any further loads. It was nearing a time for me to get out of the game. I didn’t need this type of drama. But more was to come. 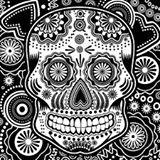 Posted on 9 June 2019 by Phil in Uncategorized

← EXCERPTS FROM THE BOOK: Where the Music Began…
Book Excerpt: REVENGE IS A DISH BEST SERVED VERY COLD! →