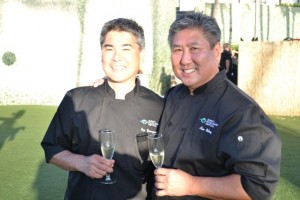 To honour one of my hosts, Alan Wong, I had to eat at his eponymous restaurant with no parking and no ocean view in an office building on the third floor at 1857 King Street in Honolulu. He’s just a block down the street from my favourite Hawaiian chef, Chef Mavro, but he runs a razor sharp close second.  One of the dozen founding chefs of the Hawaiian Regional Cuisine movement more than 20 years ago, he and Roy Yamaguchi run head to head as the most successful Hawaiian chefs and partnered the Hawaii Food and Wine Festival which I was blessed to attend this past week. 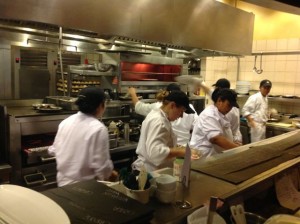 Sure enough, he was there working when I came in at 5:30 to sit at the chef’s table row facing the kitchen, even though he had put in a full week of events with HFWF.  As I sat down, he came over and welsomed me, presenting me with a menu that had been signed by him  with Welcome Back Phil Tripp on it in bold and then signed by all the staff.   I couldn’t have felt more special.   That’s the kind of guy he is.  And a great part of the reason he has been so successful.

This evening, I chose the Classic Tasting Menu which is six dishes including dessert and with matching wines.  I elected to start with a Passionfruit Margarita (called Lilikoi here) which slipped me right into the spirit.  I watched the lineup of chefs just starting to come up to speed as the orders drifted in and soon the kitchen was pure controlled mayhem as pans clattered, flames shot high, burners roared, plates rattled and orders were relayed without shouting.  It was like watching a well oiled machine and the team was syncopated in their movements among each other.

Here are the courses described from his site, yes I had the accompanying wines but can’t remember their names.

“A TASTING OF THE CLASSICS” 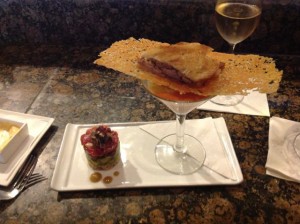 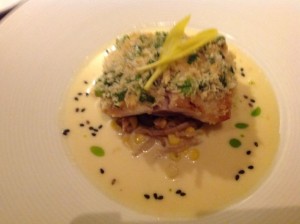 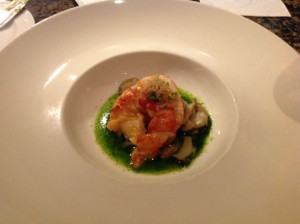 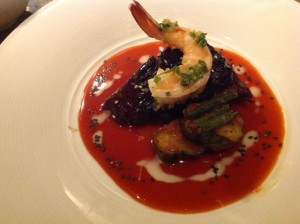 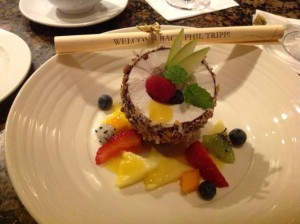 Truly one of the more memorable meals of my life and what a great host.  Love you Wong Time, Alan.