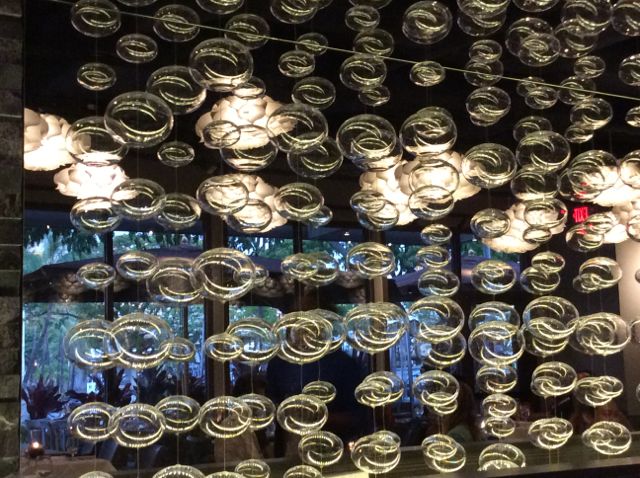 I have loved Chef Chai’s cuisine for decades from when he was at the Aloha Tower with his incredible lineup of music acts like HAPA, the Brothers Cazimero and many more local stars.  I have turned a lot of friends and readers onto his cooking and venue with rave reports back.  Now he has moved to Kapiolani Blvd into equally glamorous digs in  a new incarnation  and his creations remain inspired and awe inspiring. See what he has to offer at http://chefchai.com.

So it was only appropriate to end my five week trip in Hawaii at Chef Chai’s  instead of Chef Mavro where I started.   These are my two go-to places and chefs when I come to Hawaii and no trip is complete without having had them.  I couldn’t resist having tasted Chai’s curation of the Hawaiian Airlines menu which is the best airline food I have had.  And my appetite was whetted last week at the Hawaii Food and Wine Festival when I grazed his stand and had a chance to chat.  He is the most adorable man full of passion for food and generous to a fault with his grace and softness.  But his food takes centre stage at Chef Chai’s which is a magnificent place to eat and ponder. 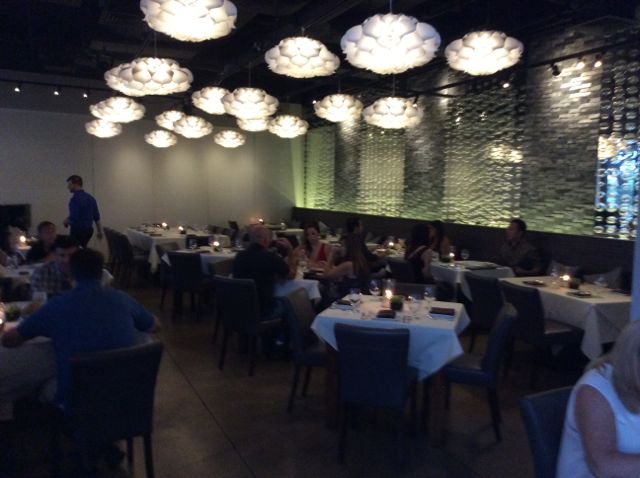 I was tempted to cocoon at the bar first but resisted and had a table off the beaten path in a corner where I could write and shoot as the night went on.  The tables were filled with families, couples and mates, it was quieter than I anticipated and gorgeously fitted out as I remembered from last year when I took Brian Peacock and Jane Wexler here.  The first course came quickly as Chai welcomed me and showed me to my seat, serving me personally with an array of six items from the sampler menu. 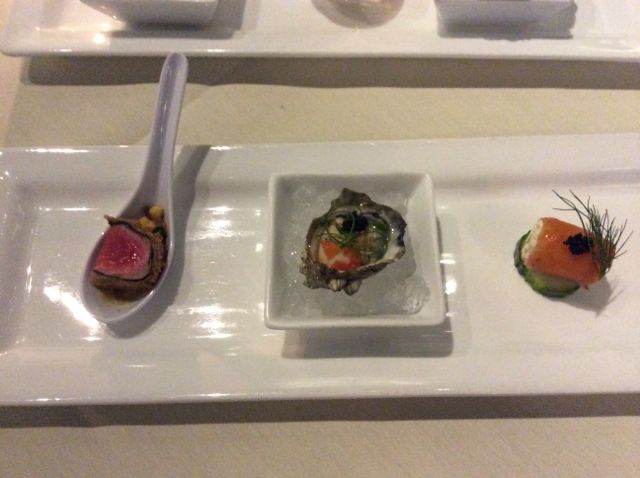 They were Fresh Ahi Katsu with Wasabi Yellow Curry Sauce and Mango Tomato Salsa-crisply fried with perfect tuna square on a spoon filled with the sauce.  A crunchy, wildly flavourful dish with a variety of textures.

A sole fresh Kumamoto Oyster on Ice With Lemongrass Garlic Mignonette was equally spectacular, rivalling Sydney Rock or Angazi Oysters back home but with a kick that the marinade brought to it.

A Salmon Gravalaz Roulade with Cream Cheese and Crab Meat on Cucumber Chips rounded out with an exquisite fish roll and crustacean bottom.

The second trio was yet another marvel of flavours. 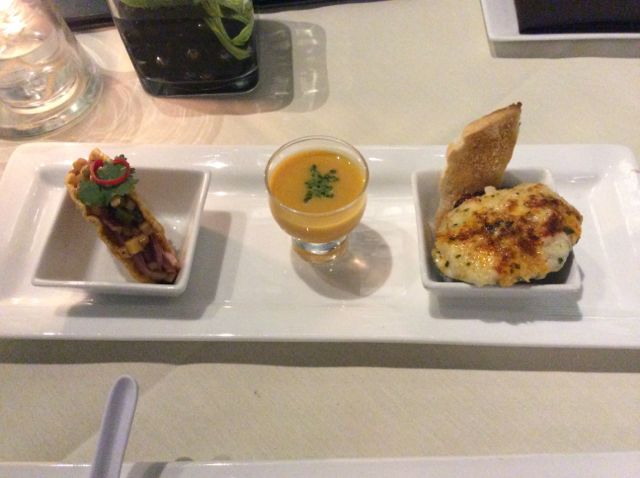 A Crispy Asian Taco with Smoked Duck Breast, Avocado and Spicy Salsa was a detente of flavour from Mexico and Asia–rich and creamy with the innards and crispy and earthy with the greaseless mini-taco shell.

Next in line was a terrific small Roasted Butternut Squash and Lobster Bisque with Crispy seafood Dumpling.  I was ready to beg for another hit but knew the next dish, which i’d had the HFWF stand would overwhelm me.

The Vongole al Forno which was a sole baked cherrystone clam with Lobster, Shrimp and Crabmeat under a cheese crisp topping was all I remembered it to be and will be on my lust list next time I’m back.

Then followed a mid course conversation with Chai about food provenance, why I chose the Chilean Sea Bass over the other fish dishes, GMO crops, bee colony collapses, Monsanto and sourcing fresh clean ingredients.  I swear he spends half his time finding the freshest and best produce including hitting the fish market–probably bumping into Mavro every morning.  I turned him onto this book I’ve just read titled “Hooked:  Pirates, Poaching and the Perfect Fish”

As much as I object to the Patagonian Toothfish exploitation and now the Chilean Sea Bass, I couldn’t pass it up marinated in Miso with Pickled Vegetables and coconut Milk Ginger Brown Rice.   Oh the guilt! 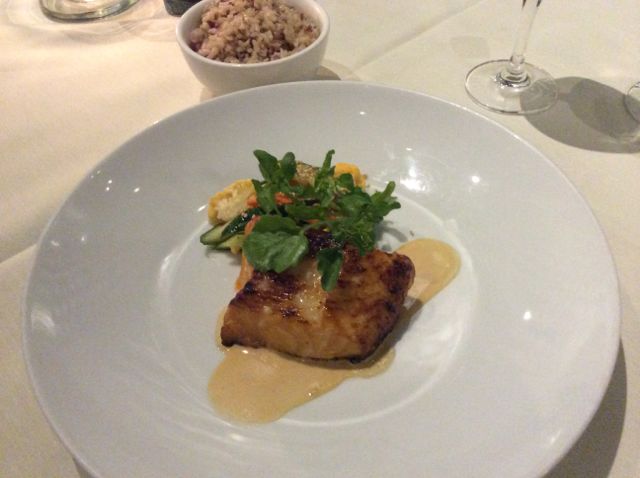 I drowned my guilt in a trio of Creme Brûlées–Coffee, Tahitian Vanilla and Chai–crying in my cup of double brewed Kona coffee knowing this was the end of the last night out in Hawaii.  Two glasses of pinot with dinner a Chardone and Acacia which just hit the spot without tipping me over the limit.

But I am looking forward to coming back again next September if not sooner and with a few friends in tow.  However between now and then, I have calories to lose, fitness to reacquire and health to work at it.  But it was still nice to sin…