Where the World Comes to Play… and Eat! 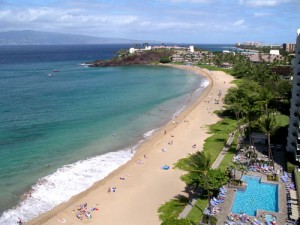 The three mile stretch of sand on Maui’s  West side that is Ka’anapali is one of the finest strands of sand in America.

It’s where the kings and queens came to relax after a good bloodletting battle and it’s sprung out of sugar cane fields and taro plantations to become a real foodie destination.

With the Ka’anapali Beach Resort Association spearheading the marketing of the destination, the lineup of resorts–Hyatt, Westin, Sheraton, Royal Lahaina and others–are impressive but spaced out and not intrusive on each other. 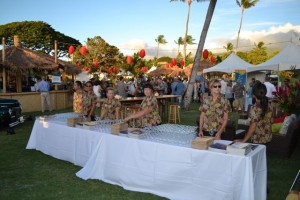 For the past two years, one of their key promotions has been the two day Ka’anapali Fresh Culinary Experience which is held over the Labor Day weekend.

In a series of dinners and great events, seminars and a Farmers Market, Ka’anapali Fresh incorporates local farmers and producers, chefs from the hotels and restaurants in the area, wineries from the island and from the mainland to sample their wares and seminars.

It’s an unbeatable value as you can tell from the day events, but the night feeds are spectacular.

And this year being my first, I must say that their entertainment was world class at their outdoor grazing feasts. 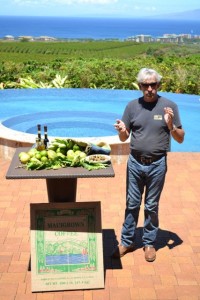 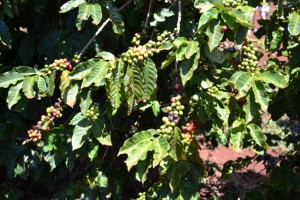 My favorite day experience was the bussing up to the Ka’anapali Coffee Farms where the attendees who signed up for all of $30 were treated to a spectacular view from on high, a crash course in coffee with sampling as well as an incredible meal catered on the balcony of the best spot on the island-the home of the coffee plantation’s owner.

From farm to cup, Kimo Falconer who is the chief grower showed us how this beautiful crop is prepared from irrigated massive trees.

Maui coffee is not as well known as Kona from the Big Island but this plantation is a game changer.  Coffee was first planted 200 years ago on Oahu and spread to the other islands but these two took the lead. I’ve always been a Kona fan but KCF’s beans blew me away.

And with the 180 acres of KCF’s Moka, Red Catuai, Yellow Catura and Typica strains, Maui has an advantage since it is not suffering the borer beetle blight that Kona is enduring.  The Moka is a particularly cool bean since it is very small, excellent flavor and sells for about $35 a pound. 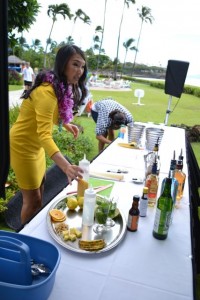 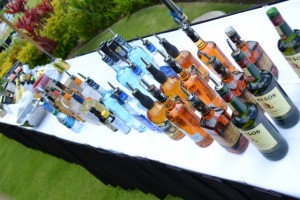 Another seminar was on Mixology for a measly $26 which included a buffet of pupus and a buffet bar of booze for attendees to practice on.

I also sourced a bottle of orgeat syrup (almonds), dark Hana rum and a bottle of Myers Dark rum for the future 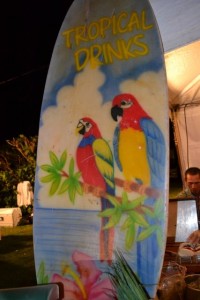 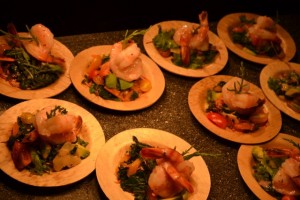 But it was the two night feasts on the grounds of the Westin and Shearaton the first evening plus the Third Hole of the Ka’anapali Royal Gold Course that were the premier events.

The first tastings at the Westin were savory and small plates featuring the beef, lamb, fish and crustaceans of the island from Mauka to Makai (mountains to the ocean). 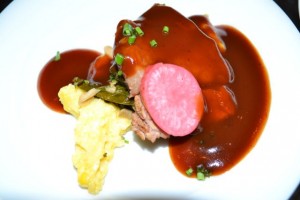 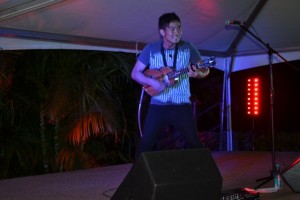 Having filled up on this bacchanal of food and speciality cocktails,

with a live performance under the moonlit skies of ukulele whiz 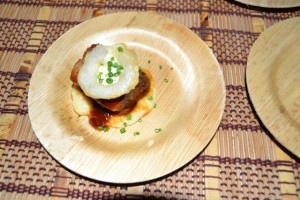 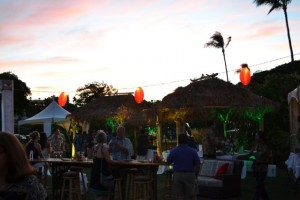 that were paired with Maui primary producers,creating dishes that we walked around with sampling wines from over a dozen

wineries.  My favourite dish of the night was Roy’s Brisket  from Roy Yamaguchi, which I’d also had last year.

And there was also a pork belly dish by Royal Lahaina chefs that was a show stopper. 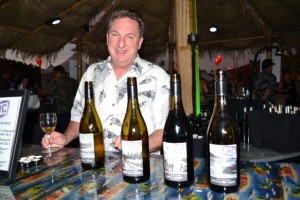 based out of Lompoc but from different areas.  Dave, the winemaker was very generous with his sampling and advice with the two of us doing shout outs of our favourite producers.

We both shared the guru spot as being Jim Clendennon of Au Bon Climat who will be serving it up at the Hawaii Food and Wine Festival later this week. 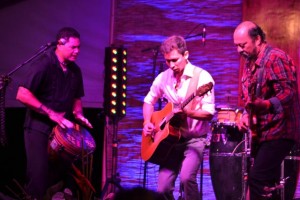 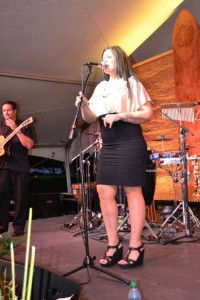 You couldn’t ask for two better singers-she of the Hawaiian traditional and jazzy covers, he of the powerful slack key, island rock and commanding traditional leanings.  Absolutely riveting!