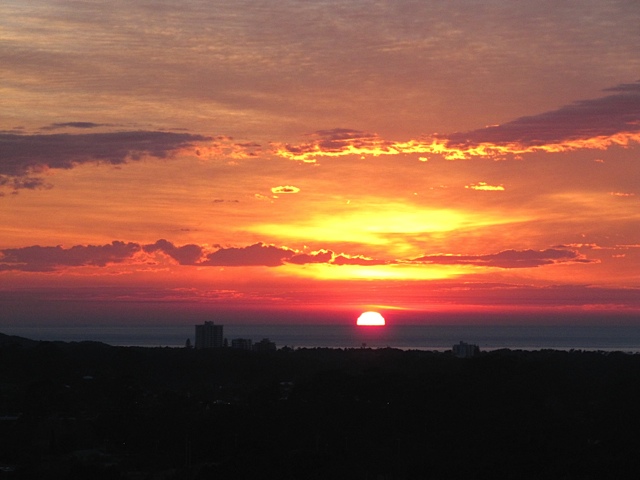 I could be sad.  My dear friend up The Hill from me, John Bromell, died in the past fortnight and I just got back from his wake in Sydney and am now settled back in to home.  With a dawn like this, smoke-tinged red, yellow orb of sun blazing through, sweet breezes rolling up the hilllsides and the sounds of ‘Volver Volver’ live by Ry Cooder streaming out of the stereo, life couldn’t be much better. 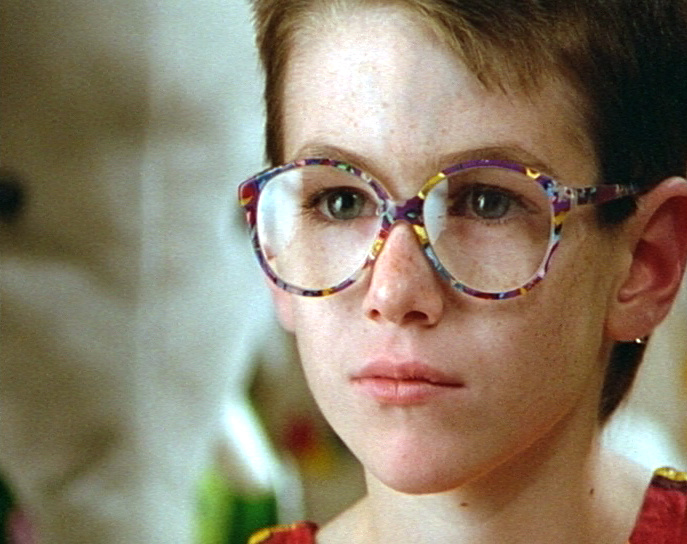 I hadn’t been to a funeral or a wake in over 20 years since little Troy Lovegrove (pictured at right)  died of AIDS in June of 1993.  It’s not that I avoided them, I just have had the good luck of not having people close to me die.  I have no living family, which is a blessing because there is no arguing at the table during holidays, no requests for a loan, no bail bondsman or lawyer for the teen nor any school fees or wedding expenses.

Then again, I didn’t have a son like Troy or daughter like any of the four redheads I marries (which may be a good thing actually since I’m a redhead too!).  So there won’t be any family to mourn my passing when it happens–which I hope is a long way down the road–nor any need to set up an estate for family needs.

Hence no fighting over the spoils. Matter of fact, I’m quite happy to have left my ‘fortune’ to Three Ring Ranch, a wildlife rescue and refuge in Kona Hawaii, and the Veterinary School in Sydney as well as distributing personal items to various friends.  It makes passing easier and more fun.

I hope the death of someone so close to me as John was doesn’t start a trend.  I know too many people whose lives seem to revolve around funerals and wakes due to the number of friends and acquaintances that are passing.  I was uncomfortable being back in the company of the ‘music industry’ which I’d left three years ago for the peaceful life up here in Coffs Harbour.  Not much has changed among that crowd other than the heads are shinier, the wrinkles deeper, the age spots more pronounced, the coughs raspier and the waists expanded.  I saw some great mates there, but also some lost souls who need to understand that the business model of old is not coming back. 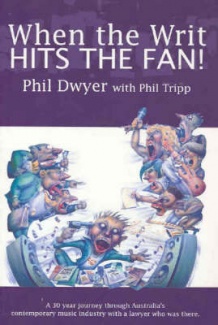 I saw a couple my former adversaries there too like Jim White and Brian Harris who’ve grown older more gracefully than when they were in the thick of it.  We also came to an understanding and mutual respect which is heartening.  And I also met up with a few attorneys, some of whom represented or advised me against adversaries, some who I represented in their pursuit to be rock star lawyers rather than merely lawyers for rock stars. 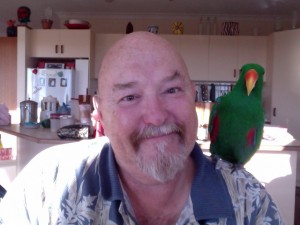 Funny enough, my parrot Jackson has his own lawyer when the time comes and he also has two administrators to handle his bank trust, rehoming and medical needs for the rest of his life.  After all, I have no family to represent his interests.   I’m 62 and well-used, he’s 16 and will live to 40 at the rate of health he has.  So it’s likely I’ll hit the pearly gates long before he squawks his way in.  Even with no family, you need an ironclad will and set of instructions to cope with the last business of life.  In may case, it involves a music playlist, guest list, DVD, a hollow wooden carved Tiki to contain my ashes, a helicopter ride over Kilauea Crater in Hawai’i, a bottle of gin for Pele the fire goddeess and a long drop into the fire pit. 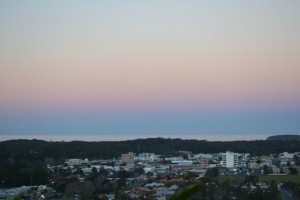 Am I being maudlin?  Morose? Fatalistic? Sad?   Hardly!   I’ve planned ahead unlike most other people I know who have no wills, no plans, no last wishes and no clue as to what their loved ones need to do when the faeces hit the fan.   So I’ve taken a lot of the work out of it and injected fun into the process.  It wasn’t much work.  So it leaves me a lot of time to enjoy and celebrate every dawn, every day, every sunset and all the sounds of the night that put me to sleep in this idyll I’m fortunate to have in semi-retirement. 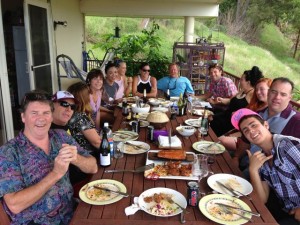 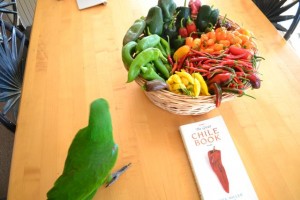 Lucky to have great friends up here who are not ‘of the industry’ and we regularly raise forks and knives over seared flash and cold margaritas on the balcony which is about as redneck as I get.  Rather than golf, fishing, bowls or religious fervor, I raise a little Hell privately and some killer chili peppers for the restaurant trade, personal use and mates.  I don’t grow pot here and the garden’s so prolific that half of what I eat, I grow. 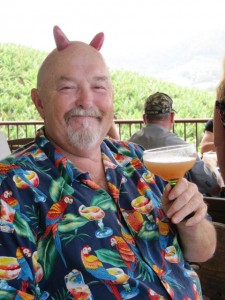 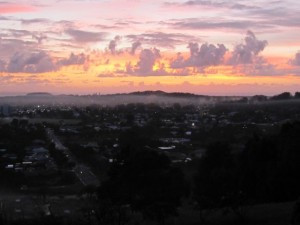 I count my blessings and marvel at how I’ve stayed alive despite being so careless with my health and life while those who jog, go to the gym and diet religiously end up clutching their hearts on the rowing machine.  Maybe it’s my tough German luftig nature, the peace of the American Indian in my spirit and that Irish rogue in my heart that does it.   I dunno.   But right now I’m going to head to my balcony, snip off some peas, beans and broccoli and slip a steak onto the coals.  With a glass of fine pinot noir of course.  And watch the sunset again.